The news of the recent split between Katie Maloney and Tom Schwartz may not have been a huge surprise to Vanderpump Rules fans, but the same cannot be said for show matriarch, Lisa Vanderpump.

According to Page Six, Lisa reached out the couple after hearing rumors that they were headed for divorce, calling the news “heartbreaking.”

“Obviously I’m very invested in them as a couple so it was heartbreaking to hear,” Lisa said last week at the opening of Vanderpump à Paris at Paris Las Vegas. “I’m very close to them.”

As fans of ‘Vanderpump Rules’ may recall, Lisa officiated Katie and Tom’s wedding during Season 5. (She also attended Katie and Tom’s re-do wedding in Las Vegas three years later, after it was revealed the couple didn’t file the proper paperwork and were not legally married.)

Despite Katie having already filed for divorce, Lisa said she isn’t giving up hope that the “Bubbas” will eventually reunite.

“Let’s hold our breath and see what happens with them,” she said. “I would love to see Tom and Katie get back together.”

Katie and Tom both happened to be in Las Vegas last week to celebrate the opening of Vanderpump à Paris.

Katie and Tom were joined by their ‘Vanderpump Rules’ co-stars Lala Kent, James Kennedy, Tom Sandoval, Ariana Madix, Peter Madrigal, Scheana Shay and Brock Davies for the opening of the restaurant, which Lisa called “a labor of love.”

“After living in France for so long, I am so happy to bring something to Paris Las Vegas that feels so decadent and authentic,” she stated in a press release. “We’ve been able to bring Paris to life within an iconic Vegas resort, and you’ll immediately feel transported to the sexiest bar in France.” 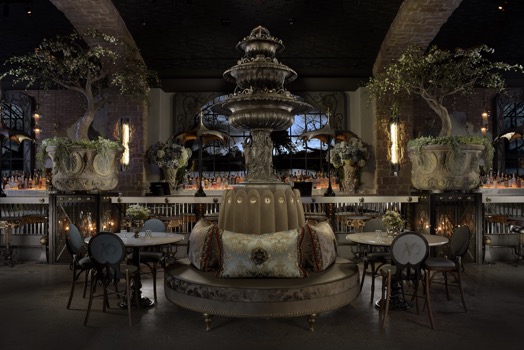 The restaurant was designed by Lisa and her long-time design partner, Nick Alain.

RELATED STORY: ‘Vanderpump Rules’ Star Lala Kent Says She Doesn’t Speak to Tom Schwartz Anymore Due to His Friendship With Her Ex Randall Emmett: “I Cut Him Out”