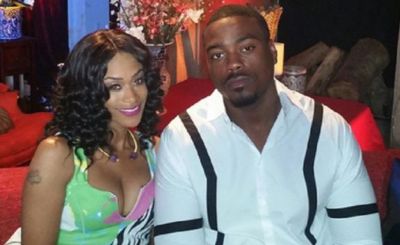 Tami Roman has announced some heartbreaking news: She has miscarried the baby she was expecting with her boyfriend, Reggie Youngblood. The couple, who appeared together on the most-recent season of Marriage Boot Camp: Reality Stars, announced today that Tami had lost the baby.

“I am deeply saddened that after 10.5 weeks, we suffer this loss,” Tami said in a statement to E! News, explaining that her previous health conditions may have been partly to blame.

“We knew this would be an uphill battle,” Tami said in the statement. “We were up against the odds. I have a prolapsed uterus and am diabetic. I battle bouts of hypoglycemia due to my diabetes and my blood pressure continually ran high. We were prayerful, we had and still have faith. We are not giving up.”

Tami is already the mother of two children with her ex-husband, Kenny Anderson. This would have been Reggie’s first child.

During their time on ‘Marriage Boot Camp,’ the couple frequently fought over Tami’s reluctance to have another baby. At 45, Tami felt that she was too old to get pregnant again. Midway through the season, however, Tami changed her mind about getting pregnant. She announced in June that she was expecting.

After Tami and Reggie announced the sad news, their Marriage Boot Camp’ director, Elizabeth Carroll, sent them her best wishes.

“Sending love and prayers your way,” she tweeted.

Before appearing on the third season of ‘Marriage Boot Camp’ with Reggie, Tami had previously starred on Basketball Wives and The Real World.