In the wake of their recent tax evasion scandal, Todd Chrisley and the Chrisley Knows Best cast are reportedly losing their reality show.

According to Radar Online, USA Network is cutting ties with the Chrisley family and will “not be renewing their contracts for Season 8.” A source told the site that the network has “decided to distance themselves as much as possible,” from Todd, his wife Julie and their three children, Savannah, Chase and Grayson.

In addition to ‘Chrisley Knows Best’ being cancelled, Growing Up Chrisley, the spin-off staring Savannah and Chase, is also reportedly getting cut from the network’s lineup. Before USA’s decision to end things with the Chrisley family was made public, Savannah promoted the latest episode of the spin-off on Instagram, as did Todd. 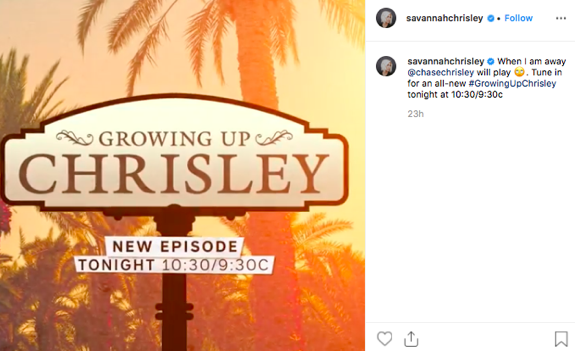 USA Network has yet to issue an official statement regarding the fate of either show.

On Tuesday it was revealed that a 12-count indictment had been issued against Todd and Julie, according to NBC News. Charges include tax evasion, charges of wire fraud, conspiracy to commit bank fraud and conspiracy to defraud the United States.

Todd addressed the issue on Instagram right before the news broke on Tuesday, insisting that he is Julie are innocent.

“Not only do we know we’ve done nothing wrong, but we’ve got a ton of hard evidence and a bunch of corroborating witness that proves it,” Todd wrote, also claiming that a “trusted employee” was to blame for the incident, which he said began in 2012.

While Todd and Julie maintain that they are innocent, Radar Online reports that the couple surrendered to authorities on Wednesday. Todd and Julie are set to appear in front of judge Wednesday afternoon in Georgia’s Northern District Court.

According to The Blast, the Chrisleys will be given the chance to bond out of custody…but it will cost them $100,000 each!

A judge told the couple– who were not handcuffed when they appeared in court on Wednesday– that they would also be required to surrender their passports if the bond out.

As for the crimes they’re being charged with, The Blast states that “officials claim Todd and Julie set up a production company, called 7C’s Productions, which served as a loan-out company for all the money earned through their popular reality show.

“The documents claim millions of dollars were deposited into the production company account over the years, but the reality stars did not file tax returns in time for 2014, 2015 or 2016.”

One of Todd’s other two children from a previous marriage, Lindsie (who co-hosts the Coffee Convos podcast with Teen Mom 2 star Kail Lowry) has not regularly appeared on ‘Chrisley Knows Best’ since Season 5. Despite no longer being involved in the series and being estranged from her family, Lindsie may have been addressing her family’s issue in an Instagram Story she posted Tuesday night.

“Stepping away from toxicity will be the hardest & smartest thing you ever do… ,” her post read.

UPDATE! Kail just tweeted a statement regarding the situation.

“I’ve been contacted by various media outlets regarding the case against the Chrisley Family,” she wrote. “Lindsie is my one and only concern in this unfortunate situation, and I am supporting her privately as she navigates through this difficult time.”

The Ashley will continue to update this story as more information becomes available.