A new reality special of MTV’s long-running documentary series True Life will air on Tuesday, giving viewers an inside look at the current pandemic and two New York City first responders risking their lives to save others from COVID-19.

True Life Presents: First-Time First Responders will follow Rhanell, a trauma nurse, and Alex, an FDNY EMT, both of whom, Variety reports, have volunteered to serve Throggs Neck Volunteer Ambulance Corp (TNVAC) in the Bronx. 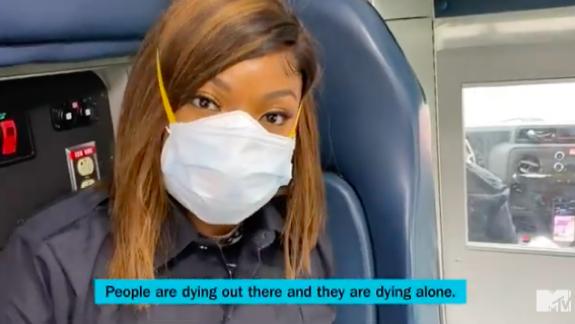 TNVAC was created in 1979 by members of Throggs Neck to provide “enhanced emergency service to the area,” according to the organization’s site. In addition to providing emergency care, TNVAC provides training opportunities to those interested in entering into the medical field.

The ‘True Life’ series ran on MTV from 1998 until 2017, covering topics from drug use, to plastic surgery to people who are dating their cousins. Since then, MTV has aired several specials and two spinoffs— 2019’s True Life/Now and 2020’s True Life Crime.

Watch the full preview below.