The petition— which was addressed to ViacomCBS, the show’s production companies, MGM television and the show’s executive producers (which include host Jeff Probst)— had reached 4,468 signatures at press time.

“The executive producers of one of the most popular and influential reality television shows in history should commit to featuring Black, Indigenous, People of Color (‘BIPOC’) in their full breadth and depth,” the petition reads. “‘Survivor’ should reflect and honor the racial diversity of our society — both in front of and behind the camera.” 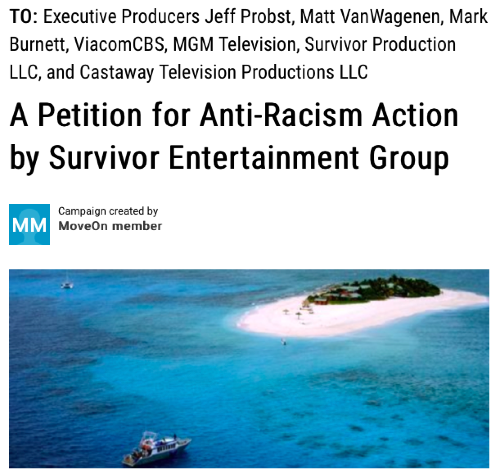 The petition outlines 10 actions for show producers to take in order to make ‘Survivor’ more diverse and inclusive, including asking that future casts be made up of at least 30 percent BIPOC, and that there is a zero tolerance policy toward racism during filming.

Other requests include that the show feature more BIPOC both in front of and behind the camera; that BIPOC are given equitable screen time and opportunities to participate in marketing and promotional events; and that all contestants are better vetted to exclude people with histories of racism, bigotry and intolerance from making it onto the show.

‘Survivor’ Season 28 star J’Tia Hart is one of the former ‘Survivor’ cast members behind the petition. She and other former cast members— who are calling themselves the “Soul Survivors”– are promoting the petition on social media.

Last week, J’Tia outlined a few of the issues BIPOC castaways have faced on the show in the past, including being edited and type-cast into being the “villains” on some seasons.

“African Americans makeup: 13 percent of ‘Survivor contestants. 10 percent of Best Survivor Contestants. 50 percent of Worst Survivor Contestants. The Stories of Black Survivor Stories are disproportionately negative!” she wrote on Instagram on June 24. “We are heroes and main characters in real life. Why are we only villains and sidekicks on television. Why does representation in pop culture matter? Portrayals of minorities in the media not only affect how others see them, but it affects how they see themselves!”

Last week, some of the “Soul Survivors” appeared on podcasts and online conversations to talk about the petition and the incidents that led to its creation. On the suggestion of Season 4 contestant Sean Rector, podcaster and ‘Survivor’ alum Rob Cesternino (Seasons 6 and 8) launched the “Black Voices of Survivor” series on his Rob Has a Podcast network.

To elevate Black Voice, Rob hosted a round table of Survivors this week to discuss their experiences on #Survivor and off the island.

As part of that series, Rob aired a podcast episode featuring interviews with J’Tia and Season 38 cast member Julia Carter. J’Tia discussed the goals the petition on the podcast episode.

“Basically, we just want people who come, especially People of Color who come on ‘Survivor,’ to have an equal chance of being a hero or an idiot, we just want equal hero/idiocy proportion,” she said. “Everybody knows when you come on a reality show that it’s up in the air of how things are going to work out but, again, like I said, all the ‘Survivor’ players are awesome people.”

Later, she discussed why she feels that BIPOC are often turned into “villains” on ‘Survivor.’

“Everybody has their thing, that’s why they’re cast, but it just seems like disproportionately People of Color get the story that’s not favorable,” she said. “So I’d just like to see that, and I think if you have more people behind the camera who understand stories that relate to People of Color, they will be able to fully pitch and tell those stories and sell those stories.”

On Friday, J’Tia’s  website hosted the live panel “Tribes and Tribulations: A Conversation on the African-American Reality Television Experience,” which featured seven Black ‘Survivor’ alumni talking about their experiences on the show in two sessions. The live panel was moderated by writer Nicole Symmonds. (The archived panel is available to watch online.)

The first session, “Tribes,” featured Julia Carter, Russell Swan from Seasons 19 and 25, and Wendell Holland, who won Season 36 and was also a contestant on Season 40. That session focused on how race factors into success on reality TV and how racist acts are handled on reality TV.

Panelists talked about dealing with micro- and macro-aggressions from other contestants, like the use of the N-word. Based on those experiences, former contestants are asking that producers institute a no-tolerance policy regarding incidents like use of racial slurs or sexual harassment, instead of leaving it up to contestants to deal with these incidents themselves, which could negatively impact them in the game.

(As ‘Survivor’ fans may remember, sexual harassment became a major topic of discussion during last year’s “Islands of the Idols” season, when contestant Dan Spilo was removed from the game after several female contestants complained about his inappropriate behavior toward them. After he allegedly touched a female crew member on the leg, he was removed from the game. Several female contestants later stated that they felt their game play was directly affected after they spoke out about Dan’s actions.) 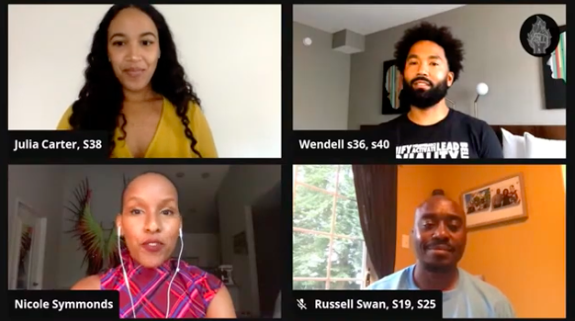 Some of the “Soul Survivors” stated that, during past seasons, they, too, were forced to chose between their future in the game or standing up for themselves.

“You’re forcing Black castaways to make these difficult decisions, whether they stand up for themselves and their race or whether they, basically, continue their ‘Survivor’ game and their dream of winning this money on the show,” Wendell said during the panel session.

In that session, panelists talked about some of the things producers can do to make the show not just more diverse but also more inclusive. Moderator Nicole Symmonds asked panelists to comment on a quote from show creator and producer Mark Burnett where he said the demographics of Black cast members on the show reflect the demographics of Black men and women in the United States. 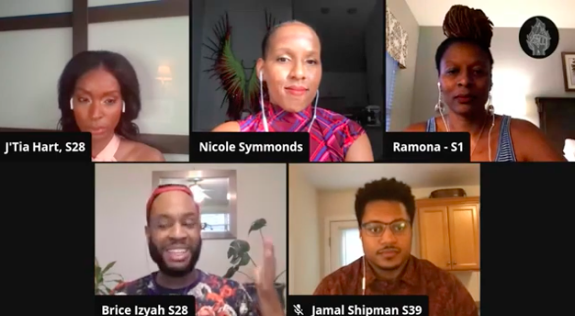 Because of the show’s popularity, and historical importance in pop culture, the “Soul Survivors” believe ‘Survivor’ is well-positioned to make positive change on television and beyond.

“’Survivor’ has produced 40 successful seasons over 20 years by telling the stories of people who represent a wide array of human experience within the context of a game of social strategy, physical challenges, and survival,” the MoveOn petition reads. “Representation matters. One of the most important ways we can embrace our diversity and evolve is to represent that diversity responsibly, equitably and fully. A commitment to the afore-mentioned actions would have a huge impact and move us toward a more fair, just, and equitable society.”

‘Survivor’ is not the only long-running reality show to be called out recently for its lack of diversity. ‘The Bachelor’ Franchise has vowed to make “significant changes” in regard to the lack of diversity on its shows. The Bachelor Diversity Campaign— which was created by fans and former cast members from the show— has outlined 13 actionable steps that the Franchise can take to improve diversity on the ‘Bachelor’ shows.

Watch the full Tribes and Tribulations panel below.

RELATED STORY: Season 1 ‘Survivor’ Winner Richard Hatch Says Jeff Probst is Homophobic & Lying About Why He Was Not Cast on ‘Survivor: Winners at War’