Brace yourself: more cringey mother-daughter moments are on the way.

Season 3 of sMothered premieres this month, bringing viewers some new and returning mother-daughter duos with unbreakable bonds that, more often than not, are quite uncomfortable to watch.

In TLC’s press release for the new season, we find out what wildly confusing antics are in store for the three returning duos and brace ourselves for what’s to come from the three new pairs joining the sMotherhood-family.

Meet the new and returning duos below:

Dawn and Cher, known for their matching outfits and matching personalities, are returning for a third season. After spending months apart due to the pandemic, the nearly identical mother-daughter pair are reunited in Florida – possibly for good. Not wanting to be without Cher or her granddaughter Belle for that long again, Dawn hatches a plan to convince Cher’s husband Jared to let Cher and Belle stay in Florida with her. 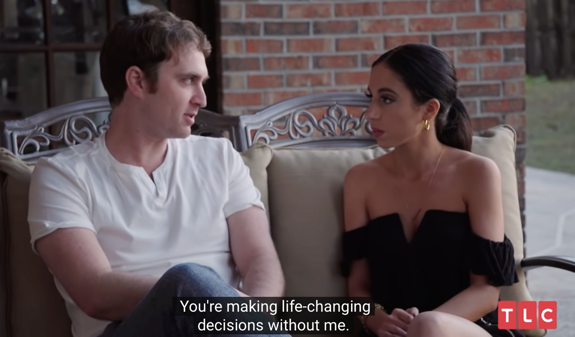 Viewers will also see Dawn and Cher throw on matching wigs this season to sing/traumatize Cher’s daughter, as well as treat themselves to breastmilk facials – using Cher’s supply, of course.

Also returning for another season are Kathy and Cristina, the Italian mother-daughter duo from Chicago. This season, viewers will see Kathy and Cristina living apart once again after Cristina’s husband Carlo quit his job at his family’s pizzeria and cancelled Cristina’s home renovation plans. Once the pandemic hit, Carlo decided to open his own pizzeria, making Cristina a business owner overnight.

With the stress of the new business, Cristina has pulled away from her mother, but Kathy isn’t giving up and is finding ways to insert herself back into her daughter’s life, whether Carlo wants her there or not.

(Spoiler alert: Carlo doesn’t want Kathy there at all.)

Sunhe and Angelica, the final returning pair for Season 3, share a bond that Angelica’s fiancé Jason is still trying to accept.

However, after Angelica and Jason announce their engagement and pregnancy to their families, things start to go downhill fast. Now, the couple not only have Sunhe to consider, but also Jason’s mom, who isn’t planning on going home anytime soon… and Sunhe isn’t planning to leave either.

While this is supposed to be a happy time for the newly-engaged couple, Angelica is now questioning whether she wants to marry Jason at all.

New to the ’sMothered’ series are mother-daughter duo Amy and Carina, who believe they knew each other in a past life, are inseparable, and share everything from beds and showers to underwear.

Neighbors describe the home of the oversharing pair as a circus, given the 11 animals that reside on the property. While Amy and Carina claim to love their lifestyle, Amy is starting to realize she and her daughter may have an unhealthy attachment that is preventing them from having functional romantic relationships.

Also new to the series are Karla and Rykia – Alabama mother and daughter besties whose closeness includes giving each other Brazilian waxes.

Karla loves to meddle in all of her kids’ lives and while Rykia seems to love it, her brother Rasheed doesn’t feel the same and is so turned off by his mom and sister’s need to overshare information that he’s avoided introducing his girlfriend to them for nine months.

The duo will also face challenges this season as Karla tries to hold on to her best friend and keep everything the same, despite new developments happening in her life, as well as in her family’s lives.

Lisa and Lauren, the final duo set to appear on Season 3, are two southern belles who act more like sisters than mother and daughter. There’s no such thing as boundaries with these two, who FaceTime while taking baths and wax each other’s mustaches. Along for the ride this season is Lauren’s wife Laura Leigh, who isn’t a fan of Lauren’s frequent sleepovers at Lisa’s house. 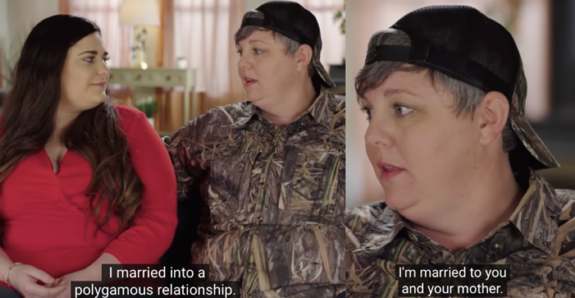 Laura Leigh and Lauren have been trying to conceive a child for two years, but are taking a break to save some money – or so Laura Leigh thinks. In the Season 3 preview, viewers learn that Lisa and Lauren have other plans in the works to ensure that Lauren is able to have the family of her dreams.

Season 3 of ‘sMothered’ premieres Monday, May 31 at 9/8c on TLC. Check out the preview below!