The Challenge/Real World, Video-a-Polooza
September 2, 2021 by Kristina & The Ashley
4

The Challenge is known for its plot twists, backstabbing moments, and strategy over morality. There are a few moments that stand out, however, and one of the most shocking happened during The Challenge: Rivals III when Johnny Bananas “betrayed” his teammate Sarah Rice in the finale by deciding to take all of the money they had won for himself.

Recently Sarah sat down on the Mike Lewis Podcastto talk about her infamous ‘Challenge’ decisions, including “backstabbing” Johnny during “Battle of the Exes II” by sending him into elimination. Sarah’s decision to do this started an intense rivalry between the two that would ultimately culminate during the finale of “Rivals III.”

During the podcast appearance, Sarah also accused Johnny of cheating during the “Rivals III” final by using prescription drugs to aid him. She stated that the show’s producers were aware of this and covered up Johnny’s alleged actions.

“I don’t even fault him for doing what he did to me in the [“Rivals III”] season. Go ahead, that’s fine. I didn’t like how he did it and how he won, that wasn’t on air,” she explained.

“They caught him with Adderall, and he beat me on a Challenge where you had to stay up all night,” she explained.

(The Challenge in question had contestants standing up on logs overnight. Teammates Sarah and Johnny won the challenge, but Johnny technically had the better score, so he got to make the fateful final decision, and took all of their prize money for himself. You can relive that classic ‘Challenge’ moment below.)

Sarah claimed that Johnny did not have a prescription for Adderall, a nervous system stimulant typically used in treatment for ADHD and narcolepsy to improve focus. It also helps the user stay awake.

“[At] the finish line, right before[host] TJ [Lavin] announces, you know who won, the crew searched his jacket and found Adderall. He didn’t have a prescription for that. He was taking [it] the whole season to give him an edge.”

According to Sarah, Johnny was fined $3,000 for having Adderall in his possession. This is a small price, though, compared to the $275,000 Johnny won that season. (Johnny won the $275,000 when he chose to keep all of the money and not split it with Sarah.)

This is not the first time Sarah has spoken out about Johnny’s alleged cheating. She made similar statements while filming the “Rivals III” Reunion in 2016 in front of a live studio audience, but the scene was edited out when the show was aired. However, a reporter for the International Business Times who attended the taping reported it in 2016. That reporter claimed that Johnny accused Sarah of being a sore loser when she told everyone he was found with the drugs.

At the time, MTV told the IBT, ““there is and has not been any truth or proof to prove this” in regard to Sarah’s claims.

Sarah said Johnny never let go of his resentment toward her after she sent him into the elimination during “Battle of the Exes II.”

“I just think it’s because I’m a woman doing it, and I think that wasn’t what I was supposed to do,” she told Mike. “What you saw was that cognitive dissonance, like [Johnny] really thinking it was going to go one way… [i]t felt like he was blindsided because he had painted such a clear vision of the future with his expectations and his best interests in mind.”

Sarah said Johnny’s expectations were firmly crushed when she put him and his partner up for elimination.

“That’s what happens when you’re a narcissist. You don’t take other people’s perspectives into consideration,” Sarah added.

Johnny has yet to address Sarah’s latest claims.

Sarah has left ‘The Challenge’ world and is now working as a therapist, helping others with mental health issues.

“My not returning to the show is because I have a career outside the show now, and I make more money and, you know, have more control over my life,” she said.

You can listen to Sarah’s full podcast interview below! 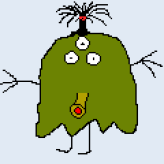