The Challenge/Real World
September 9, 2021 by The Ashley
7 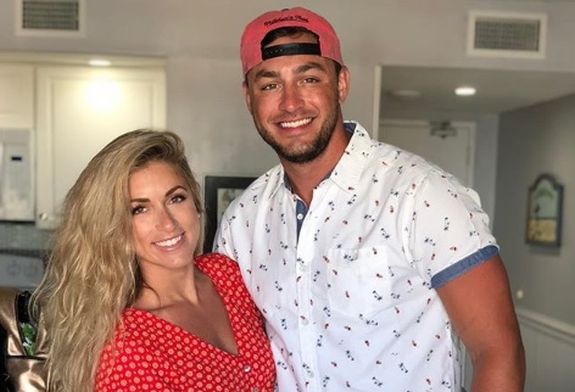 Alyssa Giacone–who appeared on The Real World: Skeletons and is the fiancé of The Challenge cast member Tony Raines— took to Instagram on Thursday to reveal the horrific injuries she sustained after a tree fell on her (and the home she, Tony and their daughter Isla share) when Hurricane Ida swept through their town late last month.

Alyssa posted several gruesome photos showing the head and hand injuries she received after being knocked out by a tree during the storm. The photos— which The Ashley has chosen to blur as a favor to those with sensitive stomachs— show Alyssa with a deep laceration starting at her hairline and stretching to nearly her eyebrow. A second photo posted shows Alyssa’s hand covered in blood and her thumb totally mangled. 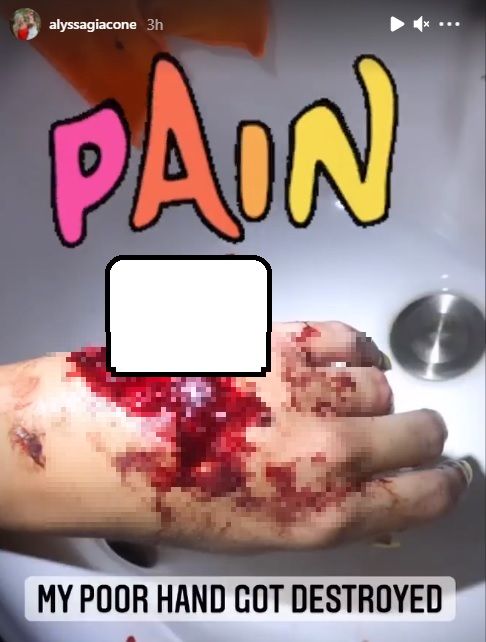 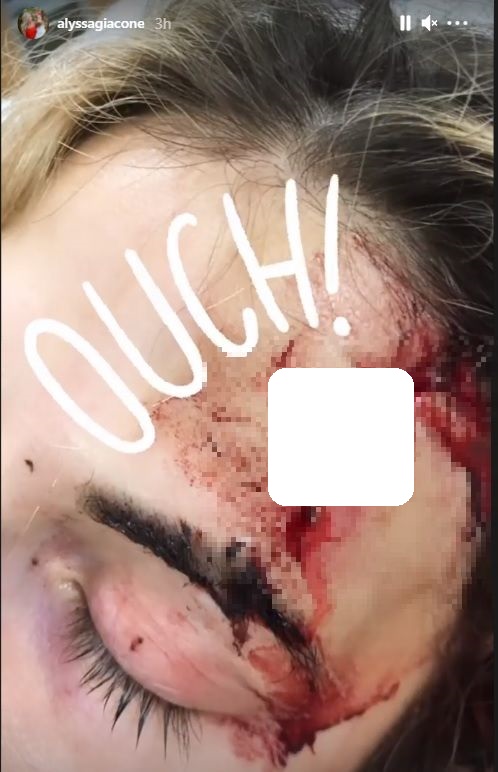 (You can see the unblurred photos here and here, if you’re into that sort of thing…)

“It happened so fast and I don’t remember hardly anything!” Alyssa wrote on Facebook. “It knocked me out cold for 3-4 minutes! Thank God Tony was able to dig me out!”

On Instagram, Alyssa stated that she has already had two surgeries to try to fix her hand, which was severely injured. 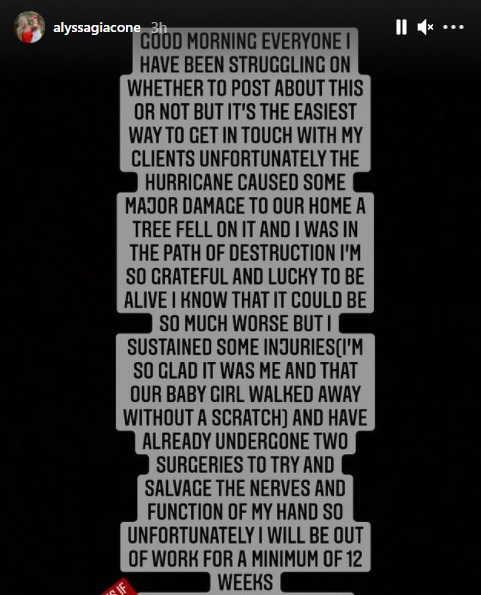 “I was in the path of destruction; I’m so grateful and lucky to be alive,” she wrote. “I know that it could be so much worse but I sustained some injuries. (I’m so glad it was me and that our baby girl walked away without a scratch.) [I] have already undergone two surgeries to try and salvage the nerves and function of my hand…”

Alyssa wrote that the tree caused “major damage” to their home as well.

Tony and Alyssa have a long history both on and off reality TV. The couple dated for years before Tony was cast on ‘The Real World: Skeletons.’ After their breakup, Tony went on the show, only to have Alyssa come into the house as one of the “Skeletons” from his past.

Tony went on to date his castmate Madison Walls and they eventually had a daughter, Harper. Two months after Harper’s birth Tony announced that he was expecting a daughter with Alyssa, whom he had since reconciled with. Alyssa gave birth to their daughter Isla in November 2016.

Tony and Alyssa got engaged in October 2018 during the taping of the Reunion for ‘The Challenge: Final Reckoning.’

In 2019, both appeared together on MTV’s How Far Is Tattoo Far?

UPDATE! Tony has provided more details on what happened to Alyssa and their home, which he says was destroyed by the hurricane. He also posted photos of Alyssa at the hospital and what their living room looked like after the tree hit it.

“Hurricane Ida might’ve destroyed my home but I still have my family,” he wrote. “The night of the storm a tree came crashing down through our living room. Alyssa and my 4 year old daughter, Isla, were sitting on the couch next to each other and I was standing in the middle of the room. When the roof collapsed, I fell to the floor and immediately thought the worst.

“Adrenaline kicked in and I immediately headed to the couch where my family was. I could hear my daughter crying and cleared her from the debris. I brought her to the middle hallway bathroom and went back for Alyssa.

“At first she was not responsive and my heart sunk but I could hear her breathing,” Tony wrote. “After a few moments of moving the debris off of her to pull her out she regained consciousness. She had received a blow to the head when the ceiling came crashing in that knocked her out. Her hand was also severely wounded.

“We were able to make it to the hall bathroom with my daughter, who was thankfully unscathed, and attempted to call 911 for help with Alyssa’s injuries but it was too late. The storm made it impossible for emergency services to get to us. So we waited it out 5 hours before attempting a trip to the hospital ourselves. We drove every route possible but there was no way through the downed trees and power lines any way we went. We eventually met someone who had a chain saw and was willing to help us.

“Almost 4 hours later and we finally were able to cut a path through and make it to the hospital. Alyssa received stitches in her forehead and the doctors scheduled surgery on her hand. If all goes well, she will make a full recovery in 3 months.

“I struggled with sharing this but I wanted everyone to know that miracles do happen. If that tree or part of the roof falls a foot in any other direction this could be a different story. I’m thankful I get to hug my family and as traumatic as this experience was, we are all blessed to still be here! My thoughts and prayers go out to everyone else who was affected and are still dealing with the aftermath of this hurricane.”

A GoFundMe has been set up to help Tony and his family.

“Alyssa is an amazing mom, a supportive fiancé, and a talented hairdresser,” the GoFundMe page reads. “Obviously, her hands being so severely injured will effect her work. We want to raise money for Tony, Alyssa and Isla so they can worry about recovery and their mental health, while things like meals, hotel stays, and loss of income are at least partially covered…This fundraiser has been created with the permission of the parties involved. We will to send them the money directly to cover meals, childcare, loss of income.”