Kail Lowry issued a public apology this week for wrongfully accusing her former co-star Jenelle Evans of leaking her pregnancy with third child Lux back in 2017.

Kail welcomed Lux in August 2017 with Chris Lopez; however, when the news of her pregnancy first went public, Kail was still legally married to ex-husband Javi Marroquin– the father of her second son, Lincoln. (Kail and Javi’s divorce was finalized shortly before Kail gave birth to Lux.)

While Kail believed until recently that Jenelle had publicly outed her third pregnancy, viewers learned on Tuesday’s episode of Teen Mom 2 that Vee Torres— the wife of Kail’s (first) baby daddy, Jo Rivera– shared the news with Javi, who went on to leak the news to the press (and Jenelle…who then shared the news publicly on social media).

On Friday, Kail issued an apology to Jenelle for wrongfully accusing her of being the one who leaked the information. 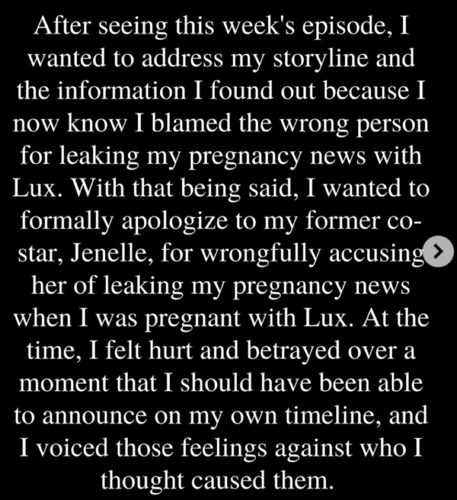 “At the time, I felt hurt and betrayed over a moment that I should have been able to announce on my own timeline, and I voiced those feelings against who I thought caused them,” she continued.

“I have been very open about the fact that I know my life is in the public eye and sometimes people forget that I am human and very real feelings are involved,” Kail continued. “This was one of those times that I was extremely hurt, and I still wish I would have been able to announce my pregnancy on my own terms. 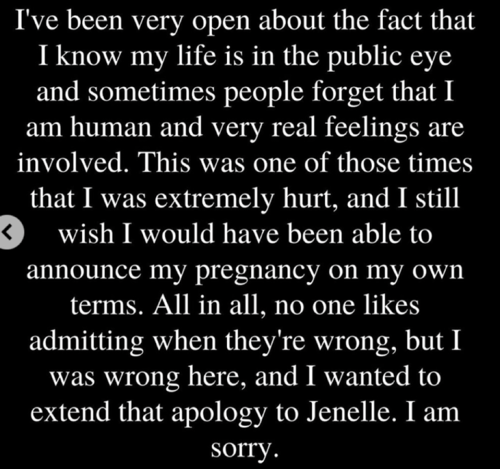 “ All in all, no one likes admitting when they’re wrong, but I was wrong here, and I wanted to extend that apology to Jenelle. I am sorry.”

Kail noted in the caption of her post that she would’ve tagged Jenelle in the apology, but Jenelle has blocked her on social media.

“Jenelle, I hope you see this,” she added.

In response to a comment calling out Kail for having to “apologize to literally everyone” in her life, Kail said she “will take accountability when I need to.” 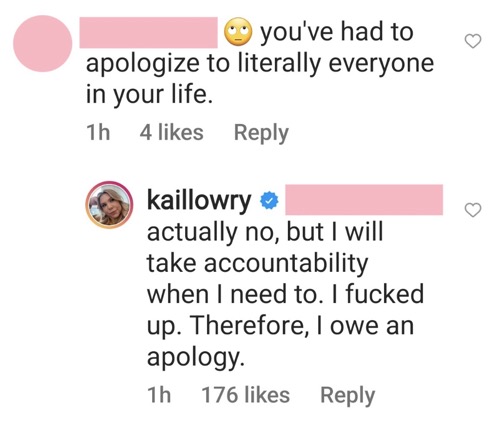 “This is cool, but also, [Jenelle] might be the last person on the planet that deserves an apology there’s zero chance that she will take this well,” another person noted, likely referring to Jenelle’s frequently problematic behavior.

“Maybe she will, maybe she won’t,” Kail replied. “But I owed it regardless.” 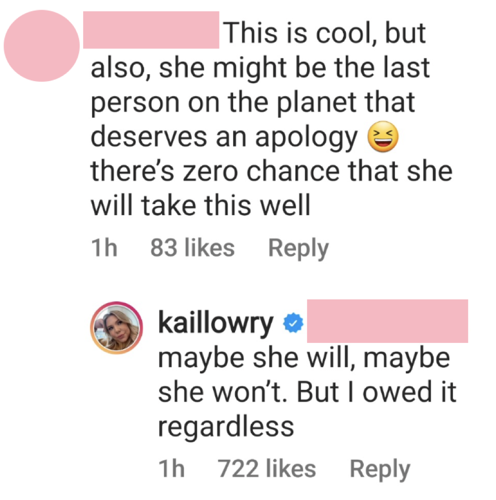 Kail also revealed on Tuesday’s episode that Vee told Javi years ago that the baby Kail miscarried while she was married to him may not have been his. Though Kail denied ever cheating on Javi, she said Javi expresses doubt to this day regarding the paternity of the baby they lost.

Vee apologized to Kail during the episode, claiming she wished she had never done it and acknowledging how much her actions hurt Kail.

“ … I would never do that to you or somebody else again,” Vee said. “I know how deeply it hurt you.”

Surprisingly, Jenelle (and her always-outspoken husband David Eason) have yet to respond to Kail’s apology.

RELATED STORY: Kail Lowry Says She’ll Only Do Reality TV in the Future If She Has Her Own Show; Reveals Plans to Attend Law School