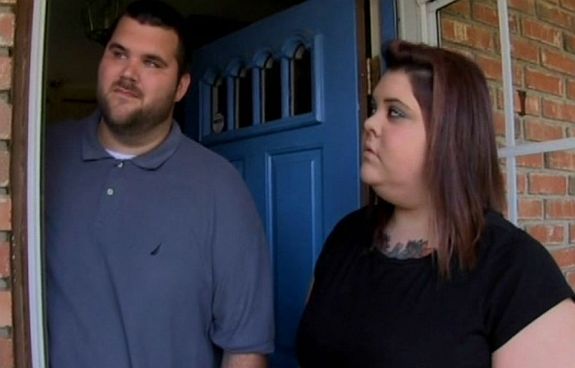 The Ashley has some sad news to report: Michael Fortunato, who starred in an episode of the current season of MTV’s Catfish, died at a Connecticut hospital on Saturday night. His sister told MTV news that Mike’s death was caused by a pulmonary embolism. (I’ll save you the Googling, click here to find out what that is.)

Mike’s episode was one of the most exciting of Season 2. Ashley Sawyer met him in a chat room when she was 13 (A/S/L, anyone?!) and had been chatting with him for seven years. In a reverse of the typical ‘Catfish’ situation, Ashley was the one that had sent Mike a photoshopped photo and was worried he wouldn’t like her after finding out what she really looked like.

In the end, it turned out that the body builder pic that Mike had sent Ashley was also fake. However, Ashley didn’t find him attractive after seeing him in person. The two did not end up starting a relationship, but apparently did keep in touch after meeting.  Ashley told MTV that Mike “texted her early Saturday morning saying he was considering going to the hospital, but later wrote that he changed his mind.”

He did, in fact, end up trying to drive himself to the hospital. Unfortunately, on the way there he swerved and hit a fence. A team of paramedics arrived and transported him to the hospital, where he later died.

Ashley told MTV that Mike was, “the most honest, loyal person I’d ever met in my life” and even hinted that a relationship might have been brewing between them.

“Me and him were very much in love… We were definitely moving forward,” she said.  “If more people were like Mike, everybody would be a little happier in the world.”

I didnt know him well, but feel lucky to have known him at all. A great guy & event better friend. He will be missed. http://t.co/DQNZqugRhV