The couple, who got engaged in the ‘Big Brother’ house in 2018 during Season 20, exchanged vows March 16 in a small ceremony held in Winter Park, Florida, Us Weekly reports.

“It feels amazing! We’ve been waiting for this moment for so long and it’s finally happened,” Nicole and Victor said in a statement. 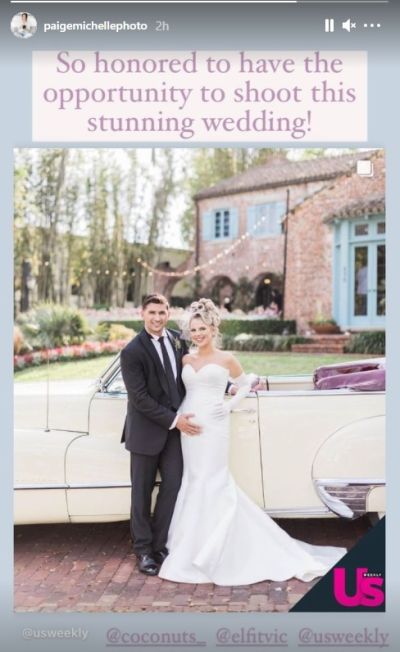 Nicole wore a ballgown for the ceremony, and later changed into a slimmer-fitting strapless gown for the reception. She added long gloves and a birdcage veil to her outfit. During the reception, the couple danced to “Best Part of Me” by Ed Sheeran.

“This song makes us both emotional and has been our wedding song since the first time we heard it a few years ago,” Nicole and Victor told the magazine.

“All the stress of having a wedding is lifted off our shoulders. Now all our attention is focused on having a healthy and happy baby,” they added.

In January, Nicole and Victor announced that they’re expecting their first child together.

“Getting married is part of starting a family, and with one in the oven, it honestly feels complete,” Victor told Us Weekly. “All emotions for the day are multiplied because we know this moment is special as it is, and we can tell the baby all about it when they grow up and point to Nicole’s little baby bump in the photos.”

The baby news came just months after Nicole revealed on Instagram that she and Victor were postponing their wedding for a third time due to COVID-19.

The two originally planned to wed in mid-2020 but later pushed the date to December before ultimately setting the date for March. Despite having to change their original plans, the couple said their wedding day “could not have been more perfect.”

“Yes, it was daunting and stressful to have to move the wedding so many times, but at the end of the day, we are so happy with how everything came together and are excited for our next chapter,” they said. “There are so many moving parts in a wedding as it is, which is magnified now with the current situation. We can now relax that it’s over and enjoy married life with our little one.” 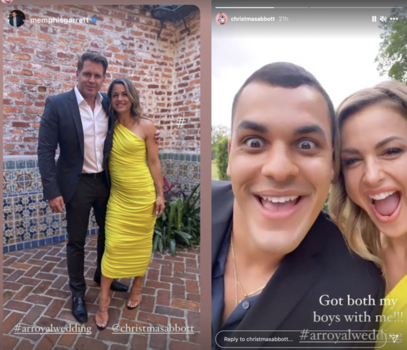 The couple told Us Weekly that they are not going on a honeymoon right now.

“We have not planned a honeymoon yet,” the couple said. “We’d like to travel out of the country, but right now that is not feasible. We will at some point, but in the meantime, we’ll enjoy the rest of the week here in Florida.”