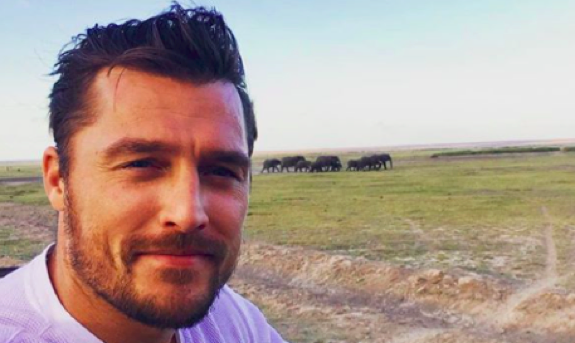 Former Bachelor star Chris Soules is speaking out about the fatal accident he was involved in back in 2017, resulting in the death of 66-year-old Kenny Mosher, a fellow Iowa farmer.

Chris—– who first appeared on Andi Dorfman’s season of The Bachelorette and later starred as The Bachelor—– rear-ended Kenny’s John Deere tractor with his truck, and Kenny later died from injuries sustained in the crash. Chris told People that he still thinks about the accident every day.

“The trauma of being involved in [the accident] is something I cannot describe,” he said. “I think about it every day. There is not a day that goes by that I don’t wish I could have done more or change the outcome of what happened. My outlook on life has changed forever.”

Chris—- who last month received two years probation for leaving the scene of an accident resulting in serious injury—- went on to recount the events of that fateful day. After working on a broken down planter on his farm, Chris said he surveyed his property and then set out that evening in his pickup truck to pick up one of his workers to drive him to farm headquarters.

Feeling right at home in this Kenyan corn field. So rewarding to be able to help fellow farmers on the other side of the world. #kenya

Chris did not appear to remember actually rear-ending Kenny’s tractor, though.

“The next thing you know, I’m coming to inside my pickup,” he said. “I heard a voice [of a man who had witnessed the accident] saying, ‘Call 911.’”

While on the phone with the 911 dispatcher, Chris walked over to Kenny and found him unconscious. He then began administering CPR, as instructed by the dispatcher.

“I was giving chest compressions and continued to do CPR until eventually I spat out [Kenny’s] blood,” he continued. “He coughed up blood in my mouth. At that point I thought it didn’t seem to be doing a lot of good. I was scared. And I remember thinking he might not make it.”

Chris said when paramedics arrived, he remembered praying for Kenny. However, Chris then got into a different truck that had been driven by one of his workers and drove himself home—- a move that led to Chris’s arrest for leaving the scene of an accident resulting in serious injury.

After calling his parents on the way home, Chris was advised by them to contact an attorney. He was instructed not to talk to police until the attorney was present.

“I just followed his instructions and I wasn’t expecting police at my door,” he added. “In hindsight, I was charged with a crime. But I really didn’t know that there were grounds for arrest at that point.”

Initially, Chris was arrested and charged with leaving the scene of an accident with a fatality (a felony), though his charge was ultimately amended to an aggravated misdemeanor of leaving the scene of an accident causing serious injury. Despite court records showing that Chris had purchased beer on the day of the accident and partially consumed containers of alcohol being found in the vehicle he was driving, Chris was not found to be under the influence at the time of the accident.

Three witnesses on the scene testified under oath that they did not detect alcohol on Chris and a blood test administered six hours after the crash registered his Blood Alcohol Content (BAC) at 0.0.

This isn’t Coachella but I love it. Spring cleaning. #getitdone #plant19 @soulesfamilyfarms

Chris went on to discuss “some dark times” that followed after the incident, even admitting that at many times, he believed “it would have been easier on the other side.” With the recent legal ruling, however, Chris said he hopes to come together with Kenny’s family to morn his death.

“I’ll live with [what happened] forever,” he said. “But I will carry on, and as a result of the tragedy, do something bigger and better with my life.”