Four episodes of Southern Charm have been taken down this week to be reviewed by Bravo for racially offensive content.

A spokesperson for the network told Variety the episodes were removed from video-on-demand services due to racially charged moments. Three of the episodes have since been restored to BravoTV.com and the Bravo app and will soon be available again on-demand. The fourth episode will return as well; however, a scene filmed at a plantation will be edited out.

The pulled episodes were first noticed earlier this month by TikTok user @thetalkofshame, who discussed the missing episodes over a series of videos.

One of the episodes temporarily pulled by the network was Season 1, Episode 2, in which viewers see former ‘Southern Charm’ cast member Thomas Ravenel having lunch with his father, ex-congressman Arthur Ravenel.

In the clip, Arthur happily ponies up some cash for a tip, telling Thomas he doesn’t like to hang on to $5 bills because Abraham Lincoln (whose Emancipation Proclamation freed the slaves in the United States in 1862) is pictured on them. We then see Arthur smirk at the camera.

The TikTok user went on to discover additional episodes missing from Bravo’s on-demand service, including Season 3, Episode 1, in which Kathryn Dennis gives Cooper Ray a tour of her family’s plantation, while taking a moment to point out the “slave cemetery” – a scene that will be edited out once the episode is restored to streaming services.

Season 4, Episodes 1 and 8 were also temporary pulled by the network for further review, but ultimately deemed OK as-is.

The Bravo spokesperson confirmed the four episodes were examined as part of a review the network is doing to flag potentially offensive content following recent Black Lives Matter protests, which has media companies examining practices that were once deemed standard.

Coincidentally, Kathryn was hit with accusations of racism herself in May after using a monkey emoji when talking to Black radio show host Tamika Gadsden in a DM that went viral.

Kathryn went on to apologize for the incident and though it didn’t result in her termination from Bravo, the network has handed out its fair share of pink slips this summer, beginning in June when Vanderpump Rules stars Stassi Schroeder and Kristen Doute were axed for racist behavior against their former co-star Faith Stowers. Along with Stassi and Kristen, ‘VPR’ newbies Max Boyens and Brett Caprioni were cut from the show for past racist tweets. 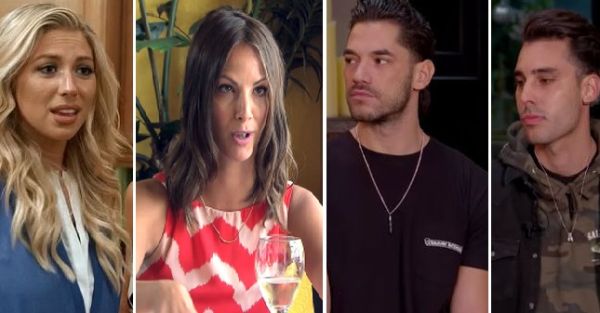