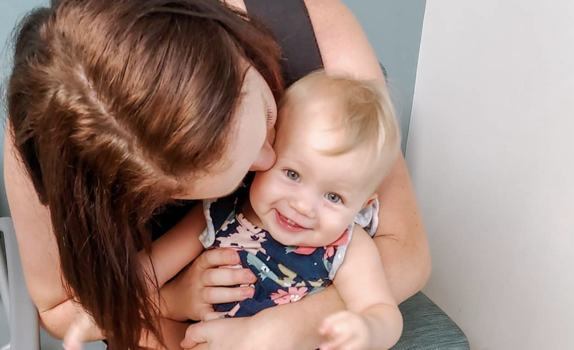 Maddie Brown of Sister Wives announced Thursday that her daughter Evie has begun the process to receive her prosthetic leg.

In August, Maddie, daughter of Kody and Janelle Brown, revealed her one-year-old had her foot amputated due to Fibular Aplasia Tibial Campomelia and Oligosyndactyly (FATCO) Syndrome, a genetic disorder she was diagnosed with at birth.

At the time, Maddie said the surgeon also gave Evie some extra mobility by clipping the webbing she had in her right hand.

Evie received some major gifts for her 1st birthday. Her surgeon laid the groundwork for her new foot and mobility it will bring, by way of a boyd amputation. Another gave her some extra mobility in her hand, by clipping her webbing she had in her right hand. She is home and is recovering beautifully. 💛🌼

Maddie shared on Thursday that Evie had her first visit with a prosthetist in order to begin the fitting for her artificial limb, The Sun reports. Maddie posted a photo of herself and Evie at the appointment, calling it a “big day for Miss Evie.” 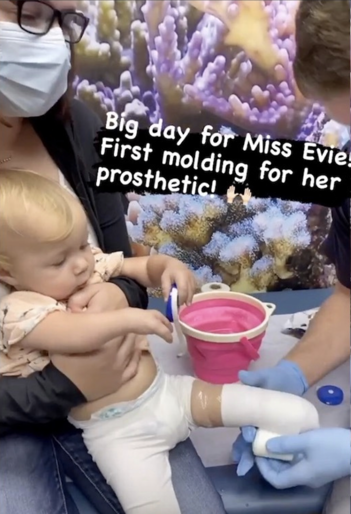 “Evie was molded for a socket… ,” Maddie explained. “Markings [were made] to show where the special points are. Where it needs to be molded specially for her socket. So then he’s going to mold a clear socket and we go back and he fits her with the clear sockets so he can see what it looks like. Does she need extra room here? Is this spot too tight? And then when he’s fixed the clear socket and it looks good in a clear socket, he will then make a prosthetic.”

She added that Evie will receive a new prosthetic every six months as she continues to grow.

Evie's poor cast has taken quite the beating. She's not letting anything stop her! 🌼

Maddie noted she will continue to share updates on Evie’s progress, because it’s a “learning process” for her and husband Caleb Brush and they want to bring awareness “for the purpose of normalization.”

Happy 4th of July from the Brushes! 🇺🇲🎆💙

Last month, Maddie defended her decision to allow Evie to undergo foot amputation surgery, telling social media followers that she and Caleb spent “the better part of the last year” educating themselves before making their decision. Maddie insisted she and Caleb did not just “cut off” their daughter’s foot, as some critics on Instagram had suggested.