Jersey Shore Family Vacation is set to return next month as the roommates get ready to show the world how they kept themselves busy while filming in a bubble due to the pandemic.

In addition to filming in their Nevada-resort bubble, TMZ reports that the new season features a second unique element: the cast’s extended family members, who came along for the quarantine bubble getaway.

According to the site, production adhered to local, state and federal C0VID-19 health and safety requirements in order to make Season 4 happen. This week the cast began teasing the November return, reposting graphics with taglines promoting the “biggest vacay in Jerztory.” 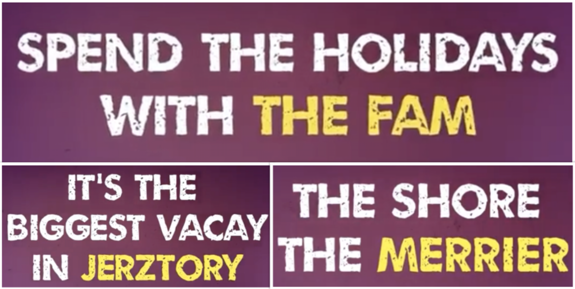 Also doing her part to promote the new season is former ‘Jersey Shore Family Vacation’ star Nicole “Snooki” Polizzi, who quit the show in December 2019. While Nicole won’t be joining the roommates for Season 4, she encourages fans to continue watching the reality series. 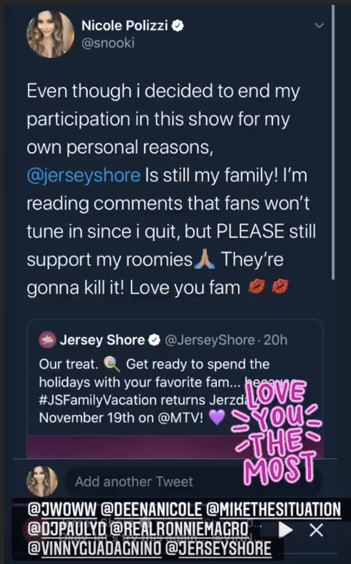 “Even though I decided to end my participation in the show for my own personal reasons, [‘Jersey Shore’] is still my family,” she wrote on social media. “I’m reading comments that fans won’t tune in since I quit, but PLEASE still support my roomies. They’re gonna kill it! Love you fam.”

While Nicole’s BFF Jenni “Jwoww” Farley previously said she would not return to do another season of the show if Nicole wasn’t coming back, she eventually changed her mind and will be featured on the upcoming season.

The new season of ‘Jersey Shore Family Vacation’ kicks off with back-to-back episodes on November 19. Below is the very first teaser for the new season.

The fam is back! 💕 Can’t wait for a new season of #JSFamilyVacation – Jerzday, November 19th on @MTV!