It’s a boy for Cheyenne Floyd!

The Teen Mom OG star and her fiancé Zach Davis announced on Saturday that Cheyenne gave birth to their son, Ace Terrel Davis, on Thursday. Both posted the baby’s name and birth stats to their Instagram accounts, as well as some candid shots from the hospital.

“Life is complete, all praises to the most high,” Cheyenne wrote.

Baby Ace was born at 11: 25 p.m. and weighed in at 7 lbs., 2 oz. This is the first child for Zach and the second for Cheyenne, who is already the mother of daughter Ryder, whom she shares with Cory Wharton.

In the comment section of Cheyenne’s post, Zach thanked his future wife for giving him a son.

“Thank you for the greatest gift in a lifetime. I love our family so much, we are now complete but still so much more to accomplish,” he wrote.

Chey and Zach received plenty of congratulatory messages from their fellow ‘Teen Mom’ Franchise cast mates, including Maci Bookout, Kail Lowry and Leah Messer. One of Cheyenne and Zach’s friends even joked that the baby looks a lot like Zach, something Cheyenne agreed with. 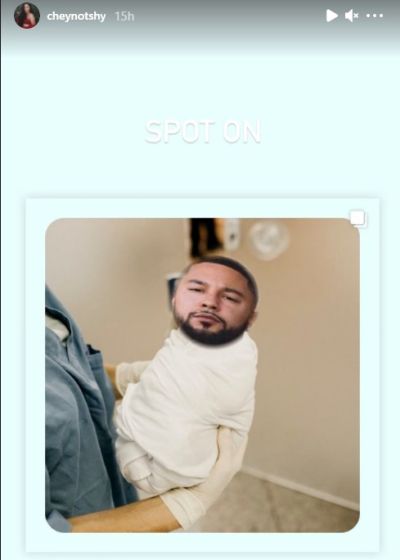 Cheyenne’s sister R KyleLynn (who is also pregnant with a baby boy) gave an update on Ace on her Instagram.

“My Auntie Life is complete,” she wrote. “I could not be happier for @cheynotshy @z.terrel @thatsryderk & now @aceofdavis!!!! He is healthy, handsome & loved beyond measure. Thank you God for continuously pouring blessings into our lives.”

In January, Cheyenne told her fans that this was not a surprise pregnancy.

Later in the same video, Cheyenne stated that she doesn’t want any more kids in the future.

Cheyenne’s next big event will be marrying Zach. The couple got engaged last month during Cheyenne’s baby shower.

Next up in the ‘Teen Mom’ birthing stirrups is Chey’s ‘Teen Mom OG’ co-star, Catelynn Lowell, who is due to give birth to another daughter soon.