Nick Cannon is apologizing to all of his baby mamas—all five of them— for the way in which he announced this week that he is expecting his eighth child.

Nick had announced the news on Monday’s episode of The Nick Cannon Show, confirming he and Bre Tiesi are expecting a boy– their first child together– just months after he and Alyssa Scott‘s five-month-old son Zen died of a brain tumor.

As The Ashley previously told you, Nick and Alyssa welcomed baby Zen in July 2021, just weeks after Nick’s fifth and six children–- twins Zion Mixolydian and Zillion Heir, whom he shares with Abby De La Rosa–- were born. He also shares Powerful Queen and son Golden with Brittany Bell, and twins Monroe and Moroccan with ex-wife Mariah Carey.

After revealing his latest baby news this week, Nick followed up the announcement during Thursday’s show with an apology to all of his children’s mothers for the way in which he delivered the news, admitting he “misspoke and probably went too much into detail.” 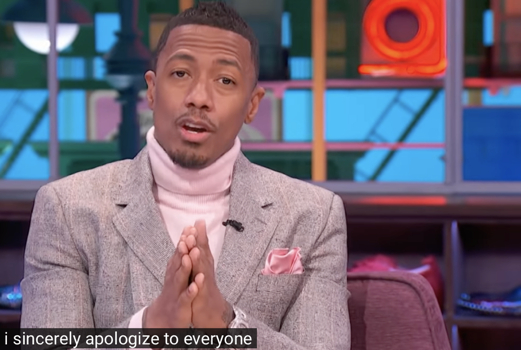 ” … it probably felt like I was making some comparatives when talking about the passing of my son Zen and then also talking about the new child I’m expecting,” he continued. “I  didn’t need to do that because those are two completely separate moments in my life and they both deserve respect.”

Alyssa took to Instagram following Nick’s baby announcement on Monday’s episode, telling followers “it is painful having my son be a part of conversations that aren’t in alignment with his light and legacy.”

“It isn’t something I chose for him or myself,” she continued in the now-deleted post. “It’s important for me to let you all know.. I am centered, I am at peace. I look at everyone’s predicament with loving eyes. I will not judge. I will consciously decide what I will participate in.”

Alyssa went on to write that she has been getting through her grief with the help of her family and God, while making no mention of Nick.

During Thursday’s show, Nick– who claims to have known about Bre’s pregnancy prior to Zen’s passing– promised to do better going forward, while acknowledging that he and Alyssa are still grieving the loss of their son.

“I love her, I love my son Zen, and I always will,” he said. “And I’m gonna love my new child. I’m a responsible human being and I take full responsibility for everything so I must say I sincerely apologize to everyone involved for any extra pain or confusion that I may have caused.”

When he announced Bre’s pregnancy, he did mention that he and Bre kept the pregnancy quiet at first out of respect for Alyssa.

Alyssa has yet to publicly respond to Nick’s apology.

Listen to Nick’s full apology below.