Josh Duggar has officially begun serving his sentence at Federal Correctional Institute (FCI) Seagoville near Dallas, Texas, after being sentenced May 25 to 151 months in federal prison.

As The Ashley previously reported, the disgraced former 19 Kids and Counting star was found guilty in December 2021 of possessing and receiving child sex abuse materials (CSAM). (The “possessing” charge was dropped prior to Josh’s sentencing.)

According to KNWA/KFTA News in Arkansas, Josh’s transfer from the Washington County Jail in Arkansas (where he has been held since December) to the federal facility in Seagoville began last Friday morning. It was not revealed until Tuesday, though, which prison Josh would be calling home for the next 12.5 years.

The day before Josh’s transfer, his wife, Anna Duggar, took to social media to mark her thirty-fourth birthday by reminiscing about the day Josh proposed to her and share with followers that she was “road-tripping” to visit her “bestie.” 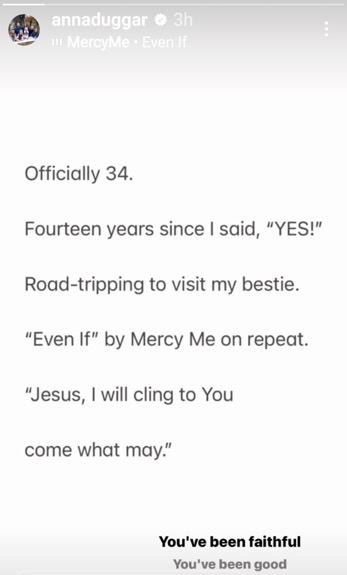 While Anna had been unable to visit Josh in-person at the Washington County jail, the Federal Bureau of Prisons (BOP) website states FCI Seagoville welcomes visitors to its institutions, though visitors must follow “special visiting procedures during the COVID pandemic.”

FCI Seagoville is described as “a low security federal correctional institution with an adjacent minimum security satellite camp and a detention center.” Inmates at the facility are males, and the population is listed at 1,751.

The prison also has a sex offender program, where inmates will meet 2 to 3 times weekly for several hours over the course of 9 to 12 months. During the program, offenders will “learn basic skills and concepts to help them understand their past offenses and to reduce risk of future offending.” (Inmates do not begin the programs until they have just over two years left on their sentence before release.)

“Institutional assignment, unit management, psychological treatment programs, and re-entry planning promote the well-being of sex offenders while incarcerated and help both the offenders and society by reducing the likelihood of re-offense after release,” the website states.

On Tuesday, former Duggar family friend Bobye Holt shared photos and details of Josh’s home for the next decade plus, which Josh’s cousin Amy Duggar King noted was not located far enough away.

“Not far enough,” she commented. “Texas is too close. But he is in for a rude awakening thank you Jesus.”

RELATED STORY: Jill Dillard Celebrates Her Baby Shower Before Birth of Her Third Child Seemingly Without Her Mother Michelle Duggar & Sisters In Attendance