Vanderpump Rules
1 month ago by Chelsea
7

Scheana Shay is a married woman, yet again!

The Vanderpump Rules star tied the knot with baby daddy Brock Davies on Tuesday in a ceremony held at the Dreams Natura Resort & Spa in Cancún, Mexico, People reports.

Joining Scheana and Brock for their big day were ‘Vanderpump Rules’ co-stars Ariana Madix, Raquel Leviss, Tom Sandoval and Tom Schwartz, all of whom acted as part of the couple’s wedding party.

“I just wanted us to have a good time with every person who is important to us,” Scheana told People. “They’re a big part of our life,” Brock added.

Also in attendance for Scheana and Brock’s big day were fired ‘Vanderpump Rules’ stars Kristen Doute, Brittany Cartwright and Jax Taylor–- the latter of whom shared many moments from the celebration on social media.

James Kennedy and Lala Kent were also present for the festivities, as was Scheana and Brock’s daughter Summer Moon, who handled flower-girl duties. 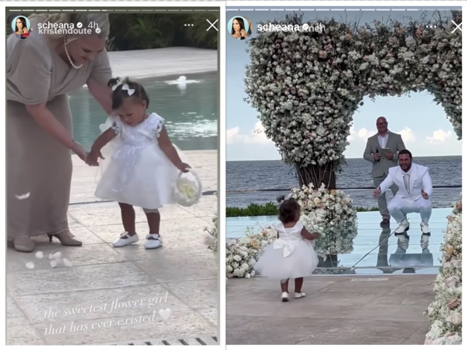 The couple welcomed Summer in April 2021 and in preparation for this week’s wedding, Scheana said she schooled Summer on petal throwing, noting “she would be adorable no matter what.”

Scheana and Brock’s venue featured a glass platform over the pool and to our knowledge, no ill-timed entrance followed by a meltdown, à la Scheana’s first marriage to Mike Shay, which was shown during Season 3 of ‘Vanderpump Rules.’ 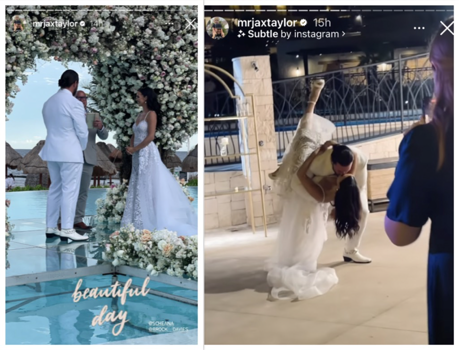 Scheana also ditched the crop-top wedding dress look for this wedding, though she did slip into a casual mini-dress and sneakers for the afterparty. 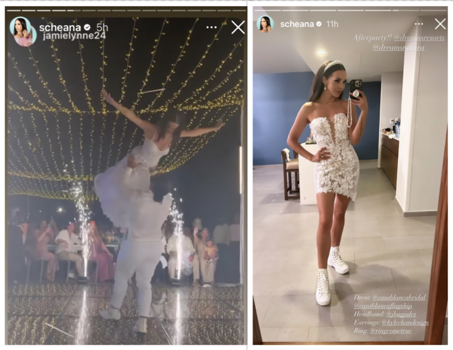 This makes marriage Number 2 for both Scheana and Brock, the latter of whom also has children from his first marriage. While Brock’s children were not in attendance for the wedding, some of his friends and family from Australia were present, including his two sisters Nicole and Eleana.

“I just wanted as much of Brock’s family and friends to be able to be here because, although this is the second marriage for us both, this is his first wedding,” Scheana said. “For me it was just really important to make this as special as possible for him and his family.”

While the newlyweds did not have immediate honeymoon plans, Brock told Scheana he has planned a surprise trip for them both in the near future.