Another Vanderpump baby is on the way!

Scheana announced the big news on social media, sharing with fans that she and Brock will welcome their rainbow baby in April.

IT’S ALL HAPPENING APRIL 2021!!! We are expecting our rainbow baby!!! 🌈👶🏻 • • • • • • • Thank you @clearblue for giving me the most amazing news of my life! #clearbluepartner #clearblueconfirmed 📷: @sydneynoellephoto

“We did a thing honey,” Brock commented on Scheana’s post. “I’m so happy I have you to balance me out, I love you honey… congratulations to us.”

My baby boy is going to have 2 cuties from the start. 😂🥰 I love you girls! So happy we get to go through this journey together. 💙💝💝

In June, Scheana revealed to fans that she had suffered a miscarriage and later accused Lala of not being there for her during such a difficult time. In turn, Lala accused Scheana of “making everything about her” and Scheana has since stated that her friendships with both Lala and Stassi are over.

Despite the ongoing drama with her former friend, Scheana chose to focus on something more positive for her most recent vlog – positive as in her pregnancy test.

“ … I am so excited for this vlog because we’re pregnant, we’re having our rainbow baby, that’s why I’ve got my rainbow tie-dye hoodie on,” Scheana announced at the beginning of the video. “After everything we went through with the miscarriage, it’s definitely been scary being pregnant, just worrying about every little thing but I’m so excited, everything’s good, the numbers are good, genetics are good … .”

Scheana said she announced the news to Brock via FaceTime while he was at work and she went on to reveal part of that FaceTime conversation, during which she tearfully expressed how scared she was “because what happened last time.” 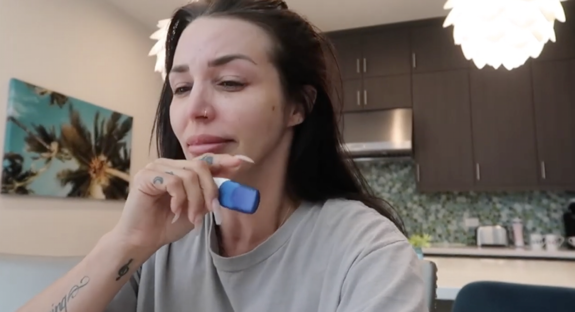 Scheana went to her doctor the following day to have blood work done to confirm that she was, in fact, pregnant and after getting her results, she drove to her mom’s house to surprise her with the big news. She also shared the moment she told her dad and sister. 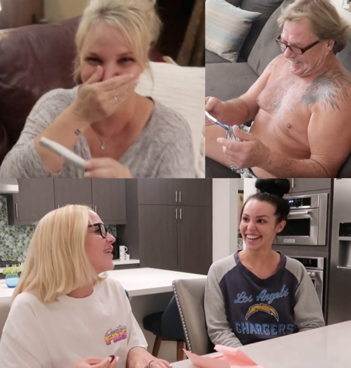 Given her previous miscarriage, Scheana said she went in for blood work weekly, noting that waiting for the doctor to call each week with the results “was so nerve-wracking.”

The first person from the ‘Vanderpump Rules’ cast to find out about Scheana’s pregnancy was Brittany, who had called Scheana to let her know that she was expecting. Scheana told Brock she “didn’t feel right about responding without saying ‘me too,’” so she spilled the beans to “just Brittany.” (Naturally, Scheana had video footage of this reveal as well.)

The next cast members to find out were Ariana Madix, Tom Sandoval and former ‘VPR’ cast member Max Boyens, who were told during Labor Day weekend.

James Kennedy and Raquel Leviss were the next to find out, following a couple of health scares Scheana experienced after her progesterone level dropped really low. Scheana and Brock shared their news with the couple after receiving a reassuring phone call from Scheana’s doctor.

“I’m so excited and everything is just, it’s good, it’s as good as it can be and I couldn’t be any happier,” Scheana said.

Scheana’s pregnancy announcement was met by many congratulations among former and current ‘VPR’ co-stars, including Brittany, Ariana and Kristen Doute – the latter of whom also shared her congratulations on her Instagram Story. 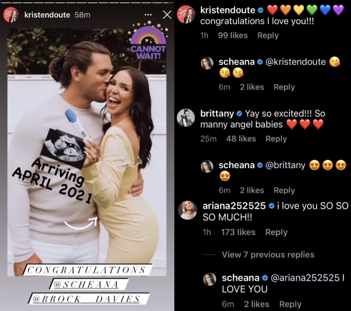 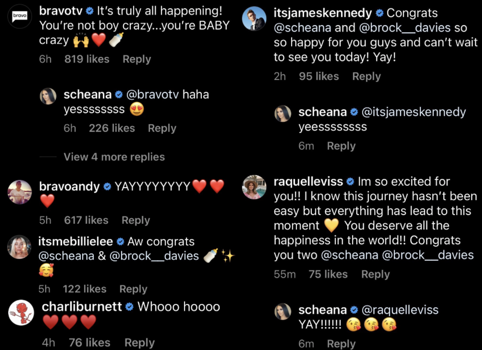