Hartford, given the middle names Charlie and Rose in honor of Beau’s father and Stassi’s late grandmother, weighed 7 lbs., 3 oz, upon her arrival and measured 19 inches long.

“We truly cannot begin to describe the happiness and joy we are feeling at this moment,” Stassi and Beau told People. “It’s something that you hear from all new parents right after birth, but something magical happens. We are feeling so blessed and grateful to have a beautiful and most importantly, healthy baby girl.”

While Stassi had remained tight-lipped on her daughter’s name, she did reveal the baby’s initials on social media recently when posting a photo of a baby bag. Along with the snapshot, Stassi told her followers her daughter has 4 initials because “she’s regal AF.” 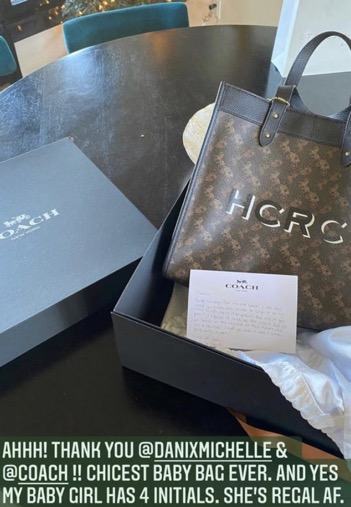 With Hartford’s safe arrival, the ‘VPR’ baby watch is expected to reconvene in the spring when three other cast members are due to give birth.

Stassi confirmed her pregnancy in June and later that month, announced she and Beau were expecting a baby girl.

The couple’s pregnancy news came just weeks after Stassi was booted from ‘VPR’ along with Kristen Doute after Faith Stowers spoke about the mistreatment the pair subjected her to during her her brief time on the Bravo series – most notably in 2018 when the two reportedly called the police in an attempt to have Faith arrested for crimes she did not commit.

Stassi and Beau, whose proposal was featured on an episode of ‘VPR’, were planning an October 2020 wedding in Italy; however, due to COVID, the couple opted for a small ceremony in September instead.

A number of Stassi and Beau’s former co-stars have posted congratulatory messages to the new parents on social media including Brittany, Lala, Tom Schwartz, Katie Maloney and Kristen. 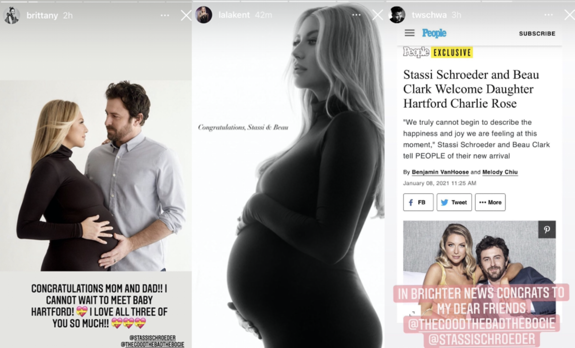 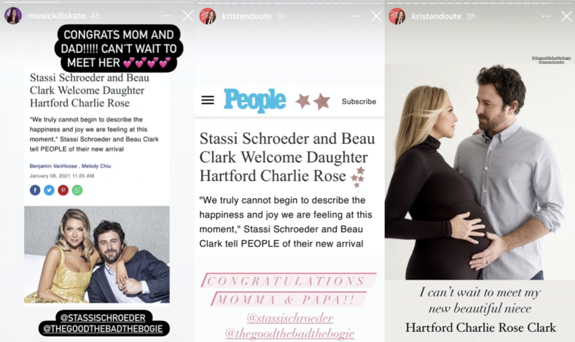 “Congratulations mom and dad,” Brittany wrote. “I cannot wait to meet baby Hartford! I love all three of you so much!!”