Happy Thanksgiving to all of The Ashley’s American readers! As we prepare to shovel  food into our (socially distanced) gullets, let us also be thankful for the cornucopia of trashy scandals that reality TV brings into lives! This year, we are extra-thankful for reality TV, which has kept us entertained through quarantine and given us something to make fun of.

From ridiculous social media fights to really bad reality mugshots, the stars of our favorite reality TV shows never take a day off from the drama, which The Ashley is very, very thankful for! (#JobSecurity)

Each Thanksgiving, The Ashley takes the time to reflect on the things that she is grateful for. You can check out this year’s list below!

‘Counting On’ fans could have never guessed that perfect Jill “Jilly Muffin” Duggar Dillard would have been the Duggar Family member to go rogue! Over the past few years, she and her husband Derick have continued to come out of their Fundie shells— and expose Jill’s family via social media postings and YouTube Q&A videos! This past year, the Dillards have spilled a whole vat full of Duggar tea– and The Ashley and the show’s fans have been lapping it up!

That Producers Figured Out a Way to Film During a Pandemic

The global COVID-19 pandemic caused a shutdown of nearly every reality TV show that was filming at the time the virus reached the USA. Faced with the prospect of not being able to film new content, due to everyone being in lockdown, reality TV production companies had to get creative and figure out a way to safely film shows.

Taking a page from the NBA, many companies chose to use the “bubble” system, in which cast and crew are filmed in a specific place, for a specific amount of time and tested regularly. Shows like ‘Jersey Shore Family Vacation’ and ‘The Bachelorette’ even rented out whole resorts to film an entire season at. While the resulting seasons may not be as thrilling (without the exotic locations, trainwreck vacations and whatnot), it still gives us reality TV to feast on this fall and winter, and for that The Ashley is grateful!

Anyone who reads The Ashley’s recaps knows that she loves herself some bad eyebrows and, on the ‘Teen Mom’ shows, they are quite plentiful. From microblading mishaps to brows that look like they were drawn on by a blind man armed with a Sharpie marker, the eyebrows on the recent episodes of the ‘Teen Mom’ shows are just bad. Some are drawn on too thick, some are drawn on and closely resemble swimming sperm, but they all hurt so good and make for an easy chuckle for The Ashley. 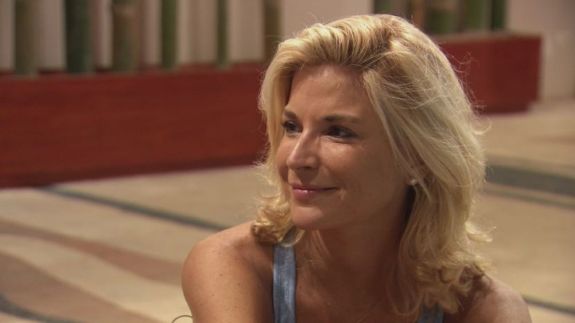 It’s been six years since ‘The Challenge’ star Diem Brown passed away from cancer, but her co-stars are not allowing her— or her charity— to be forgotten. Diem worked for years on her MedGift charity, which allows those fighting serious illnesses to create a “registry” of things they need during treatment– everything from dinners to wigs.

Since her death, Diem’s sisters have kept MedGift going, and her ‘Challenge’ co-stars have continued to promote it. Earlier this month, many ‘Challenge’ stars shared MedGift’s yearly promotion. This year, the charity is selling “MedGift” and #DiemStrong” masks in honor of Diem, with all profits going to the charity. (You can get yours here!)

Her Readers!
The Ashley is so grateful that you come to her website, read her stories and enjoy chatting with other reality TV lovers on this site! It’s because of you that The Ashley is able to share her love/hate of reality TV every day, and bring her strangeness to the world!

The Ashley wishes all of her U.S. readers a very happy holiday! Sadly, there will be no Black Friday sales this year. (The Ashley enjoys watching clips of people fighting over toasters on Twitter.)

Click here to see what The Ashley was grateful for in 2019!