A Floribama Baby is on the way!

Floribama Shore star Nilsa Prowant and her boyfriend Gus Gazda are expecting their first child together.

Nilsa shared the big news on social media, posting a photo of herself and Gus holding a sign announcing “Baby Gazda Coming May 2021.”

“Even in the darkest of times the Lord still shines his lights,” Nilsa captioned the photo. “Our greatest adventure is about to begin.. .”

Also looking forward to the couple’s “greatest adventure” are some of Nilsa’s ‘Floribama Shore’ cast members, including Candace Rice, who enthusiastically told her Instagram followers, “IMMA BE AN AUNTIE!” 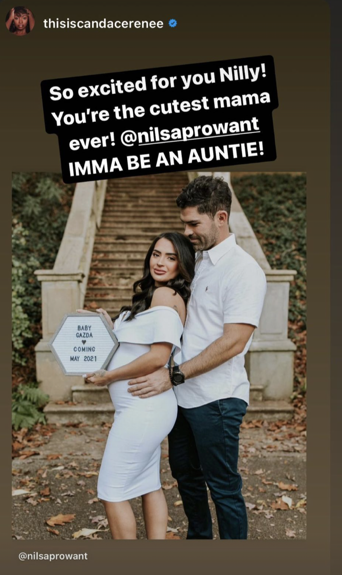 Nilsa also received some congratulatory messages from other members of the MTV family, including Cory Wharton of Teen Mom OG and The Challenge, Chloe Trautman of Siesta Key and Bayleigh Dayton of ‘The Challenge’ and Big Brother. 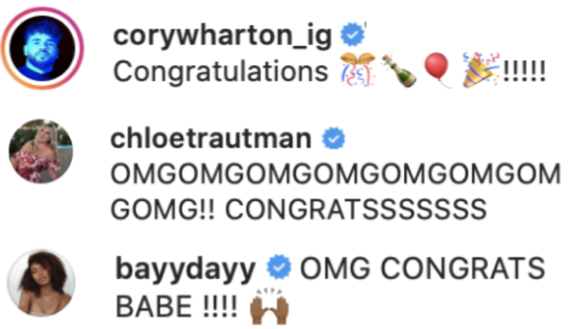 According to Us Weekly, Nilsa became Instagram official with Gus back in November 2019 after previously being in an on-off relationship with her ‘Floribama Shore’ co-star Gus Smyrnios.

In July, Nilsa showed some love to “Gus 2.0” on social media, writing “Just you and me, forever (unless I start popping out babies…).”

The following month, Nilsa revealed that her father had passed away and she praised Gus for being by her side through such a difficult time.

“ … you have helped my family do everything from assisting with things my dad would normally do to making sure everyone’s spirits were as high as they could be during this time,” she wrote. “ … this week has shown me I can get through anything with you here with me. I love you.”

Nilsa told followers on Thursday that she would be answering questions, presumably about her pregnancy, in an upcoming video on her YouTube channel, though she did not reveal when the video would be posted.

RELATED STORY: ‘Party Down South’ & ‘The Challenge’ Star Mattie Breaux Reacts After Being Sentenced to Jail Time for 3rd DUI