Jorge Nava is going to be a dad times two!

“Never did I imagine my dreams becoming a reality so fast,” Jorge captioned a photo of himself and Rhoda posted to Instagram this week. “Rhoda, you and Zara are my world. I love you more than you’ll ever imagine.”

In response to the post, fans began speculating that Jorge was hinting at either an engagement or baby announcement, and he went on to confirm it was the latter. 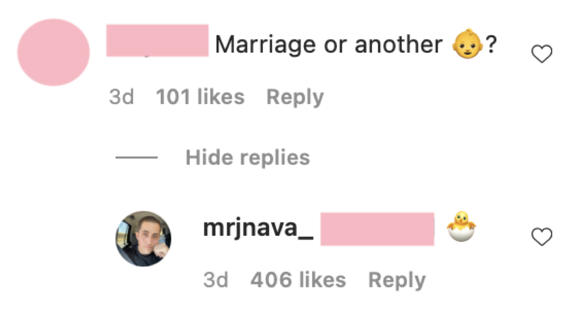 He announced the birth of his first child in April, telling fans “there’s no love that can match what I have for my family.”

“I love them more than anything in this world,” he added.

Jorge– who was released from prison in May 2020 after serving more than two years behind bars for a felony marijuana charge– was previously married to Anfisa Arkhipchenko, with whom he appeared on “90 Day Fiance.”

Prior to being released from prison, Jorge told followers he planned to divorce Anfisa after his release. He later attributed his 128-pound weight loss as the reason behind the split, claiming Anfisa was “just jealous of the attention” he was getting.