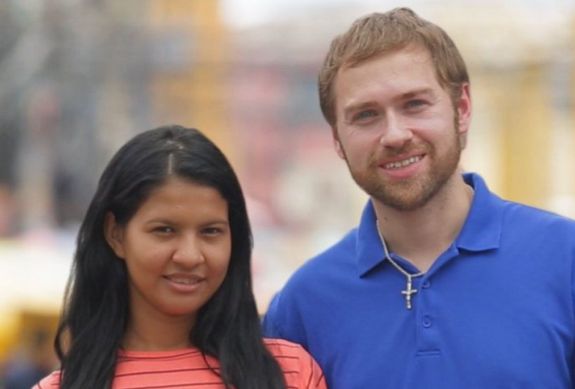 Trigger Warning: The story below contains mentions of sexual abuse and rape. Please be advised.

The chaotic relationship between former 90 Day Fiancé: Before the 90 Days couple Paul Staehle and Karine Martins continues to get crazier with every legal action.

According to Starcasm, the Kentucky Court of Appeals has upheld the restraining order taken out by Karine in December 2021 against Paul–- the very same order that resulted in Paul filing two petitions for emergency protection against Karine.

Karine filed the initial restraining order while in the process of divorcing Paul, and with the decision of the appeals court having been made public, it was revealed that Karine accused Paul of forcing her “to have sexual intercourse without her consent multiple times,” with the alleged incidents being recorded and posted online.

“[Karine] also claimed that [Paul] engaged in other abusive behaviors including threatening to sell her into prostitution and threatening to have her deported,” the appeal ruling continued. “According to the record, [Karine] came to America to take part in the ’90 Day Fiance’ television show or one of its spin-offs, on which both parties appeared.”

Karine reportedly added to these allegations in January at the hearing for the initial petition motions, during which she accused Paul of penetrating her with a plastic object and continuing to do so despite “her crying and asking him to stop.” Karine noted that Paul gave her alcohol and pills “to facilitate his abuse.”

While Paul denied these claims during the hearing, he noted that his and Karine’s residence was “equipped with cameras and lighting equipment for the television show and that much of what they did was acting or drama for the cameras.”

This isn’t the only instance of Paul has attempted to use the presence the “90 Day Fiance” crew and/or cameras to deny claims made by Karine. During a July appearance on the Domenick Nati Show, Paul revealed that Karine has been living in a home provided for her through a government program–- one to which she was accepted after claiming to be a “victim of human trafficking.” In response, Paul seemingly argued that the presence of the “90 Day Fiance” crew invalidated any trafficking claims Karine has made.

” … We were on a TV show for four years so I mean, apparently she’s a victim of human trafficking?” he said. “I won’t get into it, but someone else took her in there, claims were made that she … came to America and everything else, and she was human trafficked and [all these] things against her will … .”

As for the domestic violence that allegedly occurred, the court “found by a preponderance of the evidence that [Paul] committed acts of domestic violence against [Karine] and that such acts may occur again,” the appeal ruling stated.

The circuit court found that Karine’s claims regarding domestic violence “were credible,” with the restraining order preventing Paul from contacting Karine for three years.

In addition to other restrictions on Paul, the order prevents him from owning a firearm.

Paul went on to appeal the circuit court’s decision, to no avail.

As you may recall, Karine was charged with domestic violence with minor injury (a misdemeanor) back in March after two videos were posted online– one of Karine pinning Paul to the couch in a violent manner in front of their eldest child Pierre, and another of Paul accusing Karine of throwing their youngest child Ethan into the front seat of a car. Another video (posted by Karine) resulted in Paul admitting to biting Karine’s arm during an altercation that took place in a car.

Neither Paul nor Karine have custody of the two children at the moment.

According to his Instagram account, Paul is currently in Brazil. Karine remains in the United States and was recently slammed by fans for dancing, doing makeup tutorials online, etc., all while she has no custody of her children.