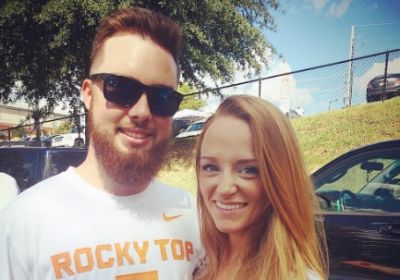 Two kids and four years after they met, Maci Bookout and Taylor McKinney have finally tied the knot!

The Teen Mom OG couple got married on Saturday at the Honey Lake Resort in Greenville, Florida. The wedding, which was filmed for an upcoming episode of ‘Teen Mom OG,’ was attended by the couple’s co-stars, Tyler Baltierra and Catelynn Lowell.

Although we will eventually see the wedding on TV, The Ashley has grabbed all the details she can find about the big day, for those of you who can’t wait until the wedding episode airs!

Dress: Maci wore a floor-length, strapless Riki Dalal Haute Couture gown, but she chose to forgo the whole white dress thing. She accessorized the gown with pearls and a cathedral-length veil. She chose to wear her hair up in an elegant bun. She wore white rhinestone tennis shoes under her dress.

A close-up of Maci’s bridal look during her reception. (That’s one of Taylor’s relatives with her, by the way.)

Maci gave all of her eight bridesmaids custom-made plaid shirts to wear before the wedding.

Guests: According to Us Weekly, which had the exclusive on the wedding, 165 people attended the wedding. This included Catelynn and Tyler, as well as Jen and Larry Edwards, the parents of Maci’s ex, Ryan Edwards. (From what The Ashley can tell, Amber Portwood, Matt Baier, Kail Lowry and Ryan were all invited but ended up not attending.)
Naturally, Maci’s son Bentley attended (and wore an adorable black tux), as did Maci and Taylor’s kids Jayde and Maverick.

Check out Bentley in his tux! 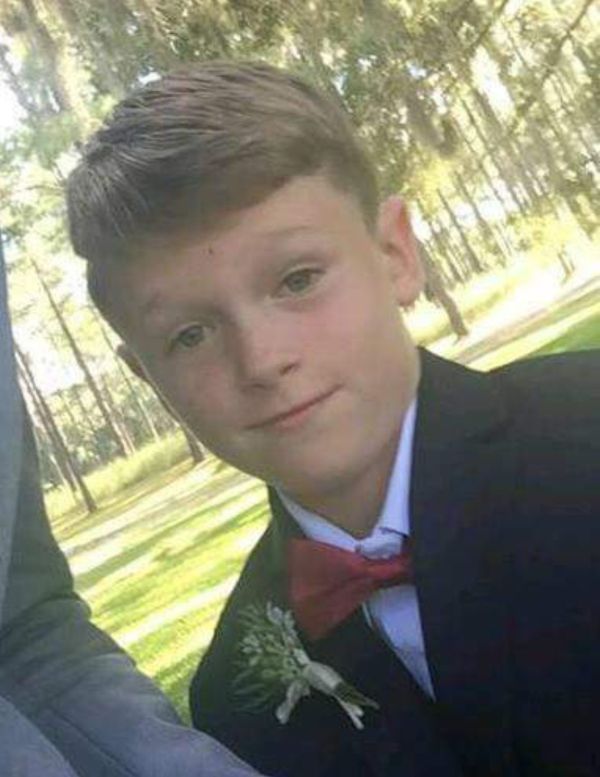 Ceremony: Maci and Taylor got hitched inside the resort’s chapel. (Wanna see inside?!) The couple wrote their own vows for the ceremony, which was officiated by Maci’s grandfather, who is apparently a pastor. Maci told the magazine that it was “a very traditional religious ceremony.”

After the ceremony, Maci and Taylor took a ride in a horse-drawn carriage around the resort. 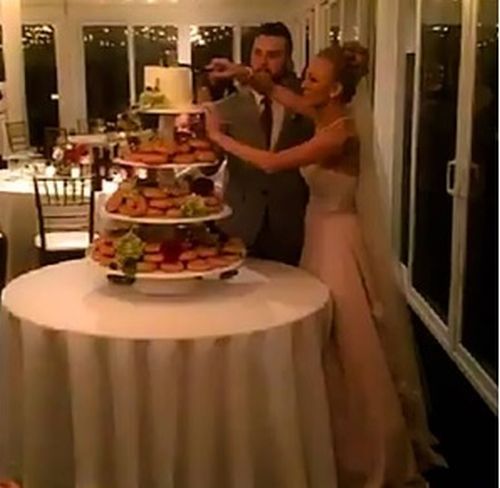 They even had a custom-made cake with their T-shirt company’s logo on it. (Watch the video below to get a peek inside the reception!)

Maci and Taylor danced to John Legend’s “All of Me” for their first dance. Watch a snippit of that dance below:

Beer: Naturally Maci and Taylor had to incorporate one of their greatest loves– beer–into their wedding. The couple passed out custom-made beer kozzies to their guests that featured their wedding date, as well as the quote, “Hands Full, Hearts Full, Beers Full.” As you do… Needless to say there was plenty of bruskies to keep the bride and groom and their guests, um, quenched.

Many producers for ‘Teen Mom’ attended the affair, as you can see from this picture. Dia Sokol Savage, Morgan J. Freeman and other long-time producers are shown enjoying the reception. 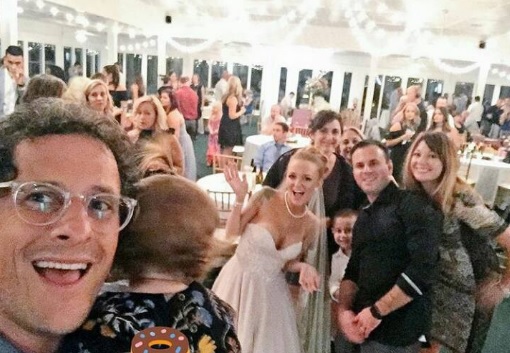 Honeymoon: Maci told Us that she and Taylor will soon be leaving for their honeymoon in the Caribbean (which was just hit by Hurricane Matthew).

“Eight days with no children and beer and a beach, it’s going to be awesome,” she told the magazine. “I’d say by day five, though, we’re probably going to be missing the kids a lot! But we’ll try to enjoy it.”

Finale: Maci and Taylor’s big day ended in style– with a full-on fireworks display over the resort. Check it out!