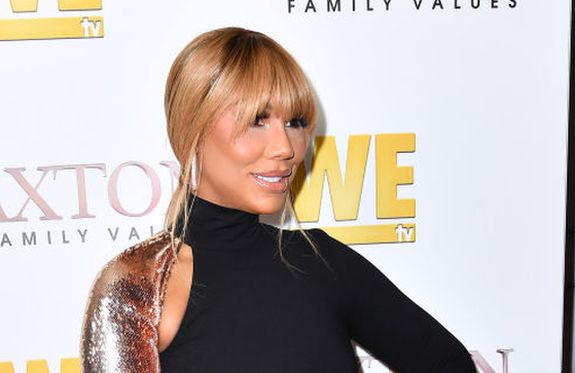 According to The Blast, Tamar was staying at the Ritz Carlton Residences in Downtown Los Angeles with her boyfriend David Adefeso at the time of the incident. David reportedly found Tamar “unresponsive” and called 911 to report that Tamar had been drinking and had taken an unknown amount of prescription pills.

Sources for the site claim David believed it is was a possible suicide attempt.

LAPD confirmed to The Blast that a call came in about 9:45 p.m., asking for help for a 43-year-old female who had a medical emergency. That emergency was reportedly listed as a “possible overdose.”

A source told TMZ that David also told the police Tamar had been upset earlier in the day and had threatened suicide.

As of Friday, Tamar is reportedly in stable condition but remains under 24-hour watch at the hospital. A spokesperson for the Braxton Family has since released a statement, asking the public for prayers.

“Tamar has had a very tough and emotional day – more information will be coming in the next few days. Please pray for her.”

Kisses for the birthday girl 😘😘 #BFV

Tamar’s possible suicide attempt coincidentally occurred on the same day the first trailer for her new WEtv show, Tamar Braxton: Get Ya Life, was released. David also appears on the new show with Tamar, in addition to co-starring on the couple’s YouTube show, Coupled & Quarantined.

The message claimed that Tamar was “not feeling well.”

“Hello y’all, unfortunately your girl Tamar is under the weather today and not feeling well so we need to postpone today’s show (don’t worry it’s not COVID),” the video’s message stated. “We’re sad because we had a great show lined up for you today, but next week’s show is going to be even bigger and better. So sorry for the inconvenience, we know many of you look forward to the show every week. We’ll make it up to you next week.”

The singer is also known for appearing alongside her sisters Toni, Traci, Towanda and Trina and their mother, Evelyn, on Braxton Family Values. On Friday, the show’s official Twitter account shared a message of support for Tamar and the Braxton family.

Tamar Braxton has been part of the WE tv family for nearly a decade. We are keeping her and her family in our thoughts and prayers and joining with her fans sending strength and healing at this difficult time.

“Tamar Braxton has been part of the WEtv family for nearly a decade. We are keeping her and her family in our thoughts and prayers and joining with her fans sending strength and healing at this difficult time.”

Last year, Tamar won the U.S. version of Celebrity Big Brother and earlier this year, she was named the host of VH1’s new series, To Catch a Beautician.