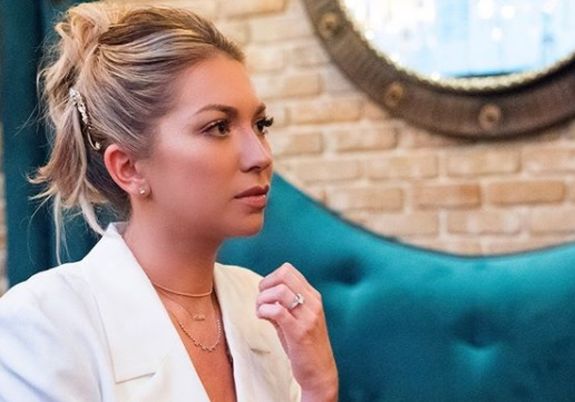 When revealing decor in her unborn daughter’s nursery this week, former Vanderpump Rules star Stassi Schroeder also revealed to fans that her daughter has a hole in her heart.

Stassi shared the news on her Instagram Story along with a shot of a framed heart, which Stassi called “the other favorite part of her nursery.”

“After I bought this, we discovered she has a hole in her heart and it was the worst week of our lives waiting to find out just how serious it was,” Stassi shared. 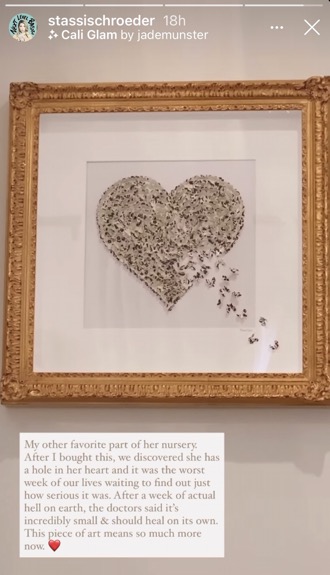 “After a week of actual hell on earth, the doctors said it’s incredibly small & should heal on its own. This piece of art means so much more now.”

Stassi’s fiancé Beau Clark shared Stassi’s post to his own Instagram Story, adding a message of his own. 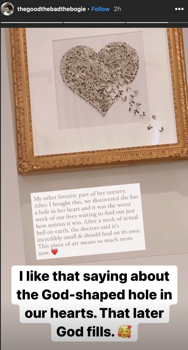 “I like that saying about the God-shaped hole in our hearts,” he wrote. “That later God fills.”

Stassi and Beau announced they were expecting a baby girl in June, just weeks after Stassi got the boot from Bravo (along with Kristen Doute) for her racist actions against co-star Faith Stowers.

The incident involving Faith, which was first made public in 2018, also resulted in Stassi getting dropped by her agency and publicist, as well as costing her a number of partnerships and her podcast, Straight Up with Stassi.

However, Stassi hinted in the comment section of a recent photo featuring herself and former co-stars (and fellow mamas-to-be) Lala Kent and Brittany Cartwright that her podcast is making a return.

Who would’ve thought we’d all be… sober at the same time.

In response to a follower who said they wished Stassi still had the outlet so fans could “know how [she’s] surviving not drinking,” Stassi replied, “soon.” 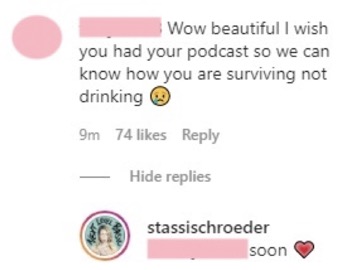 This comes just weeks after Stassi appeared on The Tamron Hall Show for her first interview since getting the ax from Bravo. During the interview, Stassi attempted to explain her past actions, though the interaction left many wondering if she had actually learned from her mistakes.

RELATED STORY: Lala Kent Claps Back After Scheana Shay Claims Lala Wasn’t There For Her After Miscarriage: “She Has a Way of Making Everything About Her”