The upcoming season of Braxton Family Values will feature celebrations leading up to Trina Braxton’s wedding (along with the wedding itself), but viewers will also see the family face tough times after receiving the news of Tamar Braxton’s suicide attempt.

Tamar was hospitalized in July after her then-boyfriend David Adefeso reportedly found the singer and reality TV star unresponsive following a suicide attempt.

In a teaser for Season 7 of  ‘Braxton Family Values’ shared by TMZ, Tamar’s sister Toni Braxton begins talking about her sister’s suicide attempt, telling the camera that 2020 has been “a hell of a year” for the Braxtons. The clip then cuts to Toni in the recording studio as she receives a call informing her of what happened to Tamar. 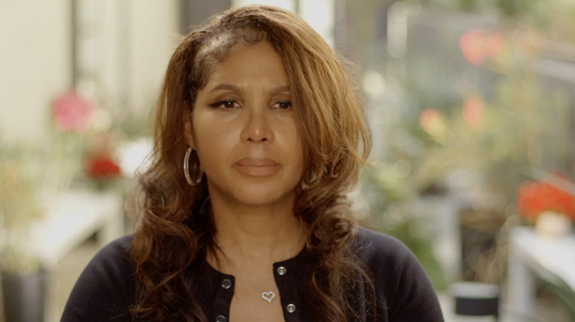 We also learn in the teaser that Toni was the one who broke the news to her mother, Evelyn, as well as sisters Trina, Traci and Towanda.

In response to her suicide attempt being a focus on the upcoming season, Tamar took to Twitter on Wednesday to express her anger towards the network and others for using her “pain for their pleasure and ratings.”

After waking up to that disgusting trailer… FUCK @wetv and whomever else is participating in using my pain for their pleasure and ratings. Don’t miss my exclusive TELL ALL on my girl @tamronhall show next week‼️… at some point this abuse HAS to STOP‼️‼️ pic.twitter.com/ntpaHP3McJ

“After waking up to that disgusting trailer…. F**K @wetv and whomever else is participating in using my pain for their pleasure and ratings,” Tamar wrote, while promoting her upcoming “tell all” interview on The Tamron Hall Show. “ … at some point this abuse HAS to STOP!! !!”

Tamar added on Instagram that she was “not filming for this season” and her family and the network were “doing this while I’m not on the show.”

Tamar went on to release two audio clips on social media, in which she stated that she appreciated her family “all of sudden speaking up” for her, but that she felt compelled to defend her relationship with David, despite their relationship being over.

” … He did everything on TV and showed up for me because I asked him to and I don’t feel like majority of the things that are being said is warranted … ,” she said. “What I went through this summer was very traumatic for both of us and he was there for me every step of the way, even when most people were not … .”

Shortly after Tamar’s suicide attempt, her relationship with David began to unravel, beginning in September when David filed an order of protection against Tamar, claiming she had attacked him while they were driving. Tamar denied those claims, arguing that David had actually attacked her. She also claimed David talked about the two of them dying in a murder/suicide situation. More recently, David made accusations that Tamar threatened to “send goons” to kill him and that she trashed his car.

Tamar confirmed last week that she was not defending David on social media in an attempt to get back together with him, noting that she hadn’t seen her ex since August 30.

Season 7 of ‘Braxton Family Values’ premieres November 5. Watch the trailer in question below.

The Braxtons are back in full force with the family's biggest surprise yet. Don't miss the season premiere of #BFV November 5 at 9/8c! pic.twitter.com/LK9R9Gl3kR