While Mama June Shannon reveals her sobriety journey on the upcoming season of Mama June: Road to Redemption, her daughter Lauryn “Pumpkin” Shannon will reveal her own achievement – a 40-pound weight loss.

In the first look of the season premiere, Pumpkin whips up some veggie noodles in the kitchen, much to her sister Alana “Honey Boo Boo” Thompson’s disgust, and reveals she has dropped 40 pounds since changing her eating habits.

When Lauryn suggests that Alana start “watching her figure” as well, the teen protests, despite having dealt with numerous of incidents of online body-shaming in the past. 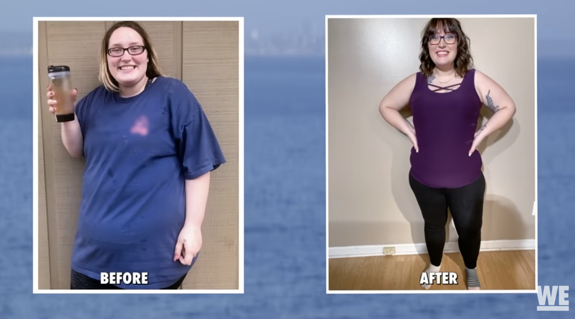 After Alana tells Pumpkin she doesn’t have to brag about her “whole 40-pound weight loss,” Pumpkin tells the 15 year-old that it wouldn’t hurt her “to eat a few vegetables.”

“Let me just tell you, I have needs,” Alana replies. “My needs are carbs. Carbs.”

As fans may remember, Alana began living with Pumpkin and her family after June and boyfriend Geno Doak were arrested in March 2019 for drug possession, and the 21 year-old remains her legal guardian today.

Unlike her mom and sisters Anna Cardwell and Jessica Shannon, Pumpkin said her new look didn’t involve her going under the knife, telling fans on social media last month that she simply stopped over eating and upped her water intake. 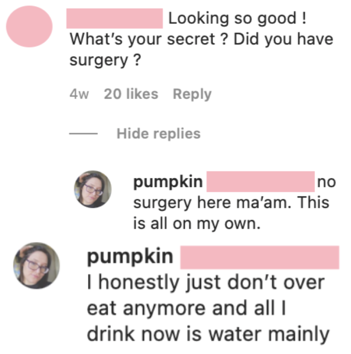 “No surgery here ma’am,” she told one fan on Instagram. “This is all on my own.”

In the past, fans criticized Pumpkin for touting weight-loss shakes and teas on social media, and it seems she may have listened, as she has not posted any sponsored ads for weight loss products on her Instagram in over three months.

While Alana may not be willing to get onboard with Pumpkin’s healthier lifestyle, she’s still down to hit the runway and “work it,” as fans will get to see on the upcoming season.

A post shared by Mama June: From Not to Hot (@mamajune_wetv)

As for her haters – some of whom left comments about Alana’s weight on the clip of her strutting her stuff – Alana isn’t letting them get her down.

“Folks will hate about anything,” she posted on Instagram this week, along with a mirror selfie.

Check out the first look at the season premiere below!