So long, PJs and pickleball tournaments.

After more than three years, an engagement and a baby girl together, Lala Kent and her fiancé Randall Emmett have reportedly split.

The 31-year-old Vanderpump Rules star is reportedly “done” with the 50-year-old producer, with a source telling E! News that the two have “been fighting since the beginning of the pandemic.”

While the pandemic may have contributed to the couple parting way, recent rumors of Randall’s infidelity certainly didn’t help. The father of three was spotted hanging out with some girls at a bar in Nashville last week and follow-up photos reportedly taken the same night–– posted by @bravoingtogether on Instagram–– show a man believed to be Randall returning to a hotel with the same girls.

Lala didn’t address the photos; however, she did post a video to her Instagram Story of Logan Noh and another friend walking down the hallway of a hotel with suitcases and a stroller, suggesting she was distancing herself from her baby daddy (and the home they share). 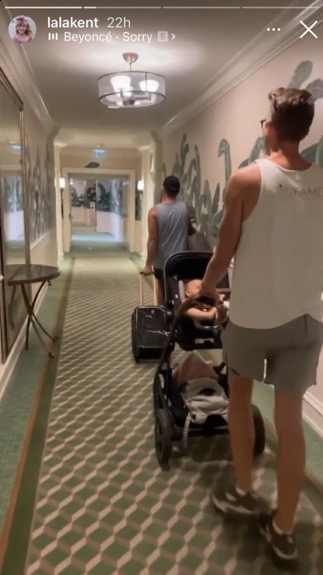 The former SUR hostess also wiped photos and videos of Randall from her Instagram– something she has done in the past– and “liked” a post on Instagram about Randall possibly cheating on her. 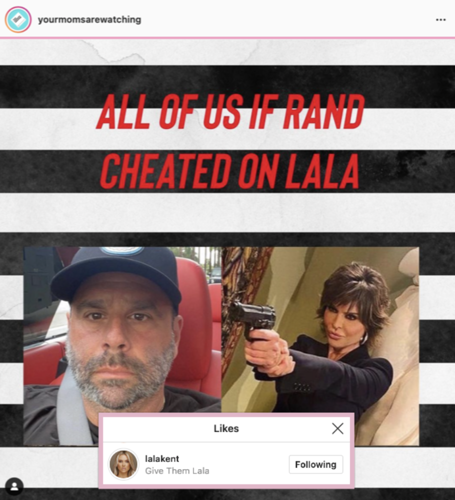 She also posted a photo of herself and daughter Ocean over the weekend with the caption, “It’s you and me, baby.”

Randall also shares two daughters with his ex-wife, actress Ambyr Childers, whom he divorced in 2017. Randall went on to propose to Lala in September 2018.

Lala and Randall currently appear together on Season 9 of ‘Vanderpump Rules,’ along with their daughter. Aside from starring on the Bravo show, Lala and Randall also co-host a podcast, Give Them Lala…With Randall, and are (or…were?) planning to go on tour for the podcast beginning next month. 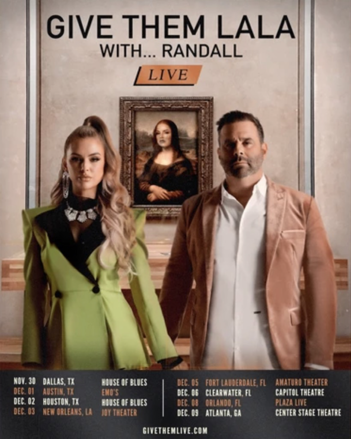 Lala and Randall have yet to officially confirm their split publicly, though.