After 18 months and half a dozen (give or take) cast firings, Vanderpump Rules is finally set to resume filming next month.

Variety reports that filming for Season 9 was contingent on Los Angeles opening up when the COVID-19 pandemic started to subside, given that the series revolves largely around Lisa Vanderpump’s restaurants and employees – both current and former. However, a network spokesperson confirmed production will resume with “a comprehensive safety plan” developed in accordance with CDC guidance, state and local orders, as well as NBCUniversal’s safety guidelines.

“The health and safety of the cast and crew is the priority of Bravo for all of its shows,” the spokesperson added.

While fans of ‘VPR’ may be eager to see the SURvers – past and present – gear up for another season, things will certainly look a lot different on the upcoming season given the firings that took place in the off-season, beginning with Stassi Schroeder, Kristen Doute, Max Boyens and Brett Caprioni last summer.

The cast cuts continued in the fall as Jax Taylor was booted from the show and his wife Brittany Cartwright also announced she would not be returning.

As for Season 9, Stassi’s husband Beau Clark confirmed last year that he wouldn’t continue on the reality series without his wife; One season wonders Danica Dow and Dayna Kathan will reportedly not return for another round either. 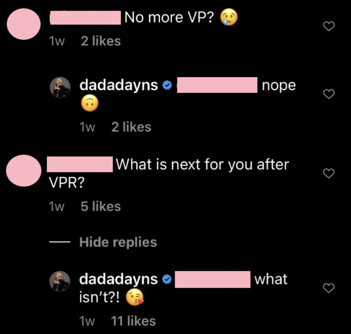 Fortunately, Lisa will make her obligatory return in the upcoming season, as will her TomTom partners, Tom Sandoval and Tom Schwartz, along with the Toms’ respective significant others, Ariana Madix and Katie Maloney.

Lala Kent and Scheana Shay are also back for another season – this time, as first-time moms.

DJ James Kennedy and Raquel Leviss have also reportedly signed on for another season. Earlier this month, Raquel took to Instagram to show off the SUR waitstaff’s latest accessories – a face mask and face shield – in photo from one of her shifts at the restaurant.

Rounding out the lineup and filling in some of the vacant spots left by former cast members will be some new staffers from Lisa’s restaurants who will reportedly be announced “once it becomes clear whose stories are working” on the series. One of those spots may belong to Season 8 newcomer Charli Burnett who, aside from being friends with both Scheana and Raquel, has also hinted on social media that she might be making her TV return.

Currently, SUR and Pump have both reopened, with TomTom to follow suit soon.

Villa Blanca, another restaurant owned by Lisa and husband Ken Todd that was often seen on ‘VPR’ over the years, closed its doors in July after 12 years.

No airdate for Season 9 has been released.