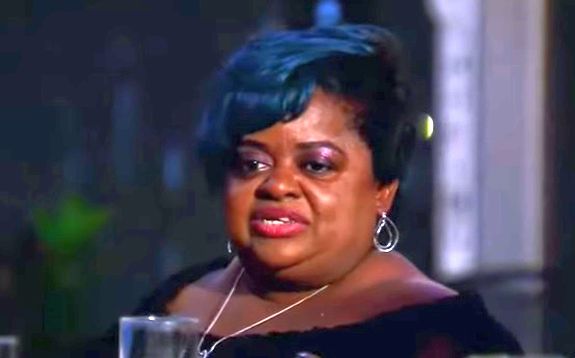 Over a week after it was reported that Shirlene King Pearson, better known as Ms Juicy Baby, was hospitalized in the Intensive Care Unit (ICU), fans have been given another update on the Little Women: Atlanta star’s condition.

Ms. Juicy Baby’s reps at the Meme Agency posted on Instagram on Monday that she is out of the ICU, but stated that the ‘Little Women: Atlanta’ star still has a long road to recovery as her family has revealed the 50-year-old suffered a stroke.

“We are thankful to announce Ms Juicy has been moved out [of] the ICU, however, there is a new journey ahead of her for healing,” the statement posted on Monday reads. “We can confirm that Ms Juicy did suffer a stroke. As many of you know, Ms Juicy is an amazing actress, TV personality, and host; however this journey and the journey ahead will not be easy.”

“Ms Juicy’s sister Tanya has started a GoFundMe in with all proceeds will go to Ms Juicy.”

“ … Ms Juicy is a very private person and wants everyone to know she is fighting and ready to go home,” the update continued. “She wants to thank her fans for showing so much love and keeping her in their prayers.”

The GoFundMe was created Monday by Ms Juicy’s sister, Tanya Evans. According to the fundraiser description, the money raised will be used to cover household and medical bills that “have been piling up” since Ms Juicy suffered her stroke. 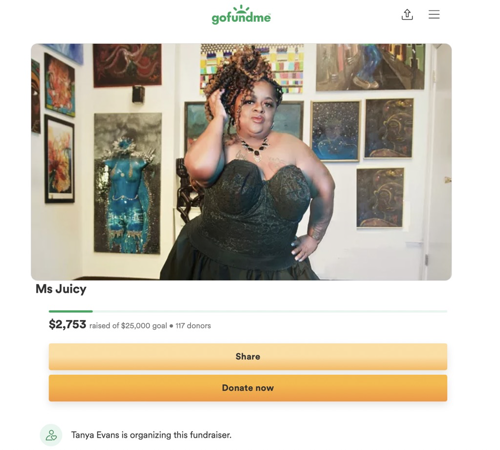 “Although we don’t have a definitive date of when she will be out of the hospital and be able to get back to work, we do need your help until she recovers,” Tanya told her sister’s supporters. “Whatever you can give, we would deeply appreciate it. Thank you so much for keeping her and us all in your prayers; we are all truly thankful.”