Lexi shared the big news on social media, revealing she and Kyler were married in Las Vegas on September 24.

On Facebook, Lexi revealed that the wedding took place at the Little Church of the West (which was the small church featured in Elvis Presley‘s movie, Viva Las Vegas!) She stated that her grandparents had been married there.

“We kept it small but have a few things in mind to celebrate with everyone!” she told a friend on Facebook.

As fans of ‘Teen Mom: Young and Pregnant’ may remember, Lexi appeared on Season 1 of the series, though she was ultimately replaced by Kiaya Elliott prior to Season 2.

“MTV basically felt that her story wasn’t interesting enough to continue with,” a behind-the-scenes source told The Ashley in January 2019– shortly after the network renewed the show and filming began for Season 2. “Lexi was not the one who discontinued filming. Lexi really had no idea that she was not going to be part of Season 2.”

Lexi and Kyler appeared on ‘Young and Pregnant’ with son Tobias, and months after it was confirmed that the couple wouldn’t be returning for Season 2, Lexi revealed that they had secretly welcomed a second child, a son, whom they named Jay Wolfe.

Lexi and Kyler announced their engagement in November 2020, with Lexi telling followers on social media she was “elated” and would be frequently posting photos and videos of her engagement ring. She also vowed not to let any “nay-sayers” get her down.

“I knew when I was 13 I’d marry Kyler,” she said. “We have this connection that some only dream of having. I’m going to continue to be happy and let the nay-sayers continue to be miserable and rude.”

Fortunately for Lexi, the news of her marriage to Kyler seemed to be met by few comments from “nay-sayers.” In fact, her wedding post was met with words of congratulations from former ‘Teen Mom: Young and Pregnant’ co-stars Kayla Sessler and Brianna Jaramillo, as well as Teen Mom: The Next Chapter star Maci Bookout. 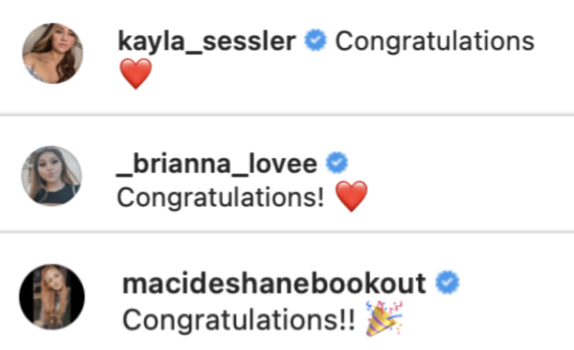 Kyler also shared about the wedding on Instagram, posting a funny snapshot of him and Lexi in their wedding attire.

“Till death do us party,” he captioned the photo.

Interestingly, a producer for ‘Teen Mom: Young & Pregnant’ attended Lexi’s wedding. (To The Ashley’s knowledge, Lexi hasn’t been asked back to any ‘Teen Mom’ shows— at least as of now.) The producer was a producer who worked with Lexi during her time on the show, though. 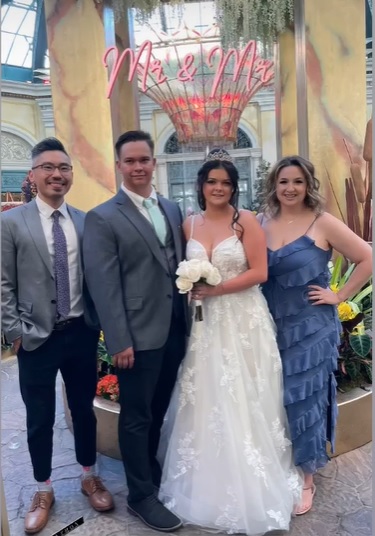 On Monday, Lexi– who has already changed her name to “Lexi Lopez” in her Instagram bio– posted another photo from her wedding and addressed some of the mean comments that followers had been making about her and Kyler.

“We did it we made it,” Lexi wrote. “So many things have been said about us. About our relationship. I knew I was going to marry you when I was 13, 9 years later we finally said I do. I love you…

“To everyone who continues to bring up the past (5 years ago) Shut the f**k up,” Lexi wrote in the comment section of her post. “For those who make comments about our appearance, we ain’t super models dummy, and for those who don’t know what to say, say congratulations or scroll… not your relationship, not your body, not your wedding, none of your business to comment.”

RELATED STORY: Maci Bookout Talks About How Son Bentley Feels About Being on ‘Teen Mom: The Next Chapter’ & Reveals Where Her Relationships with Ryan Edwards & His Parents Stand