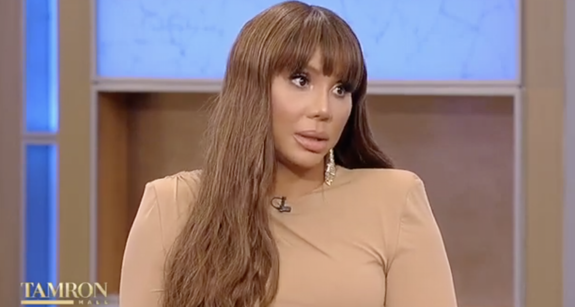 Braxton Family Values star Tamar Braxton is opening up about her July suicide attempt, calling the moment her “lowest point of life.”

During an interview on The Tamron Hall Show Wednesday – the first interview since the singer and reality TV star tried to take her own life – Tamar said she felt a responsibility to her fans, whom she referred to as family, to open up about the incident.

After claiming that time was the “lowest point of life,” host Tamron Hall asked Tamar if she had tried to take her own life before the mid-July incident. 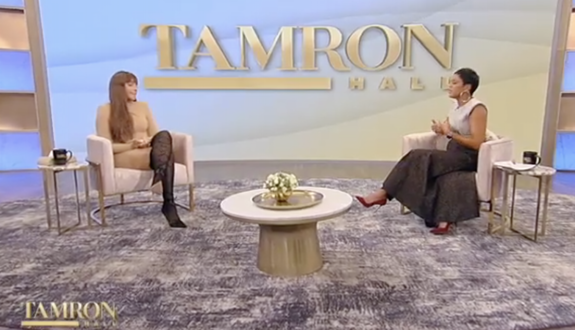 “I’m just going to be 100 percent. There has been a time when I wanted to,” Tamar replied, adding that it was the only time she had ever acted on those feelings.

Tamar, who was discovered unconscious by then-boyfriend David Adefeso, was hospitalized and after regaining consciousness and receiving treatment, ultimately transferred to a mental health facility where she received additional treatment. During her interview, Tamar opened up about the diagnosis she received.

“I was diagnosed with depression and anxiety due to a circumstance,” she said.

Tamar said she is currently in counseling but not taking medication. She also said she has not attempted suicide since then.

Shortly after her suicide attempt, Tamar’s relationship with David began to unravel, beginning in September when David filed an order of protection against Tamar, claiming she had attacked him while they were driving. Tamar went on to deny those claims and in turn, accuse David of attacking her. However, Tamar told a different story to Tamron, Billboard reports, claiming that her relationship with David was never abusive.

“I am a survivor of a domestic violence relationship,” Tamar said during Wednesday’s interview. “And not at any point was David and I in an abusive relationship.” 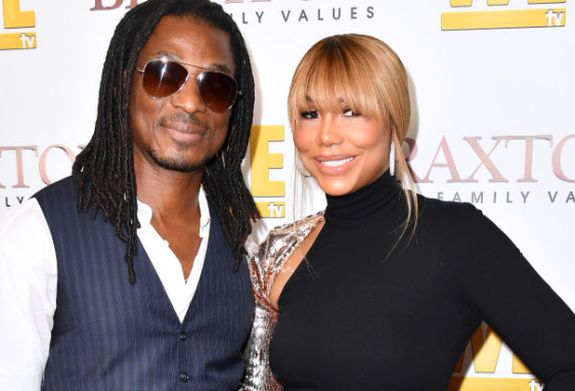 Tamar said she has an audio-recording of what occurred in the car and claimed David has the incident recorded on video, because he “has a camera in his car.” Tamar encouraged David to release the video footage, as she claimed it does not show any physical abuse taking place.

Despite their recent drama, Tamar told Tamron she loved David and he was her best friend, as well as her son Logan’s best friend.

“Now, I have to be real with myself,” she said. “Is [David] acting like this because he found me the way he found me? Probably. I don’t know.”

In addition to the alleged car attack(s), Tamar claimed that David talked about the two of them dying in a murder/suicide situation. More recently, David made accusations that Tamar threatened to “send goons” to kill him and that she trashed his car.

Tamar has also had a rocky relationship with her family as of late, most recently after the trailer for the upcoming season of ‘Braxton Family Values’ was released. In the clip, Tamar’s sister Toni Braxton receives a call informing her of what happened to Tamar and she and other members of the family go on to react to the news on camera.

Tamar slammed her family and WEtv for using her “pain for their pleasure and ratings” and later unfollowed her family on social media.

After waking up to that disgusting trailer… FUCK @wetv and whomever else is participating in using my pain for their pleasure and ratings. Don’t miss my exclusive TELL ALL on my girl @tamronhall show next week‼️… at some point this abuse HAS to STOP‼️‼️ pic.twitter.com/ntpaHP3McJ

When asked how much the upcoming season focused on Tamar’s suicide attempt, Towanda Braxton confirmed they “definitely touched on it.”

“I wouldn’t say that it doesn’t focus on Tamar and what she’s going through, emotionally and all the other things; we’ve definitely touched on it because of course we have to attack the elephant in the room,” Towanda told Extra TV. “It’s really just a tough situation and then we keep it moving because we try to be sensitive about mental health.”

“Yeah and we respect her privacy because there is definitely a story to be told, but it’s Tamar’s story to be told,” Trina Braxton added. “We would be giving the fans a disservice if we did not address it. But it’s not something that is a topic that’s being held on to.”

RELATED STORY: Tamar Braxton Unfollows Her Entire Family on Social Media After Stating They Filmed About Her Suicide Attempt for ‘Braxton Family Values’ Behind Her Back