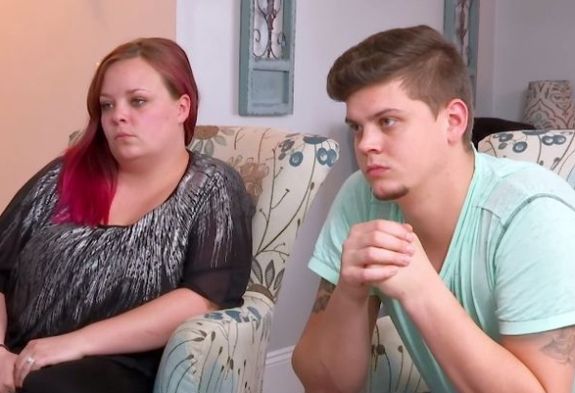 Catelynn Lowell is opening up about the recent heartbreaking loss she and husband Tyler Baltierra recently suffered.

On Tuesday, the Teen Mom OG star revealed to Champion Daily that she had a miscarriage last month, just days after finding out that she was pregnant with the couple’s fourth child. (Cate and Ty are parents to daughters Nova, 5, and Vaeda, 1, and the biological parents of daughter Carly, who was adopted shortly after her birth in 2009.)

“About 3 days before Thanksgiving we found out we were expecting,” she told the site. “We were soooo excited! We didn’t tell Nova because we wanted to wait a while. I took like six different pregnancy tests to make sure!”

Catelynn and Tyler have been very open about the fact that they’d like to have another child. (Ty has made it absolutely no secret that he desperately wants a son.)

Unfortunately, though, Catelynn says she miscarried the baby on Thanksgiving Day.

“I started bleeding,” she said. “No matter what, I believe that when a woman sees a positive test you automatically start getting excited. All of that came crashing down. We lost the baby. I was overwhelmed by sadness and felt my emotions.”

In a statement posted to Twitter and Facebook on Tuesday, Catelynn said she is having a hard time recovering.

“I am still in the thick of dealing with this loss, as it was recent and all the emotional trauma that follows such a loss in an already horrifically hard year” she wrote.

As ‘Teen Mom OG’ stars know, Catelynn suffered from severe postpartum depression and had a miscarriage after the birth of Nova. After experiencing suicidal thoughts, Catelynn sought treatment several times at a center in Arizona 2017. The miscarriage and its aftermath played out during a 2018 episode of ‘Teen Mom OG.’

Catelynn says she has used the tools she’s learned since then to cope with this loss.

“I can tell that the mental health work I’ve done has had a huge impact because I wasn’t overcome by anxiety but I was just sad,” Cate told Champion Daily. “It was super early but like I said before it still hurts and all the excitement goes out the window. This is why we waited to tell Nova…. because experiencing one miscarriage in my past I knew it was a sad possibility.”

Catelynn told the site that she and Tyler hope to try again for another baby.

“I know that when the time [is] right it will happen and everything in life has a plan and a destiny,” she said. “Now we have two beautiful angels watching over us and our children. One day I know I will witness those angels and get to spend eternity with them. Until then I pray they watch over their siblings and us.”

On Twitter, Catelynn wrote that she only told her followers about the miscarriage because she wanted to help people going through similar losses.”

“I opened up about this only to help those who are experiencing the same thing to know that there’s someone else every day experiencing this,” she wrote. “This was painful to share but again, you’re not alone.”

Tyler has yet to comment publicly on the miscarriage.